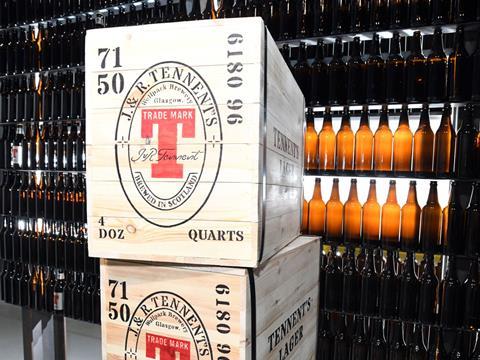 Gray is moving over from Matthew Clark, which is also owned by C&C Group

Tennent Caledonian has enlisted Kenny Gray as its managing director for Scotland.

Gray is moving over from Matthew Clark - which, like Tennent Caledonian is owned by C&C Group - where he is MD for national accounts.

Tennent has also appointed Duncan Frew, previously of ‘bar and experiential’ agency Badaboom, as its new commercial and marketing director. He will oversee “the execution of brand activation” as well as the Tennent’s Story visitor centre and the Tennent’s Training Academy.

Tennent’s finance director Richie Webster, meanwhile, would kick off “an overhaul of business processes in relation to customers and back office finance” for the brand.

The changes marked “exciting times for C&C Group”, said C&C COO Andrea Pozzi. “The Tennent’s Business has an incredible opportunity to build on its reputation as the gold standard for customer service, brands and digital interface.”