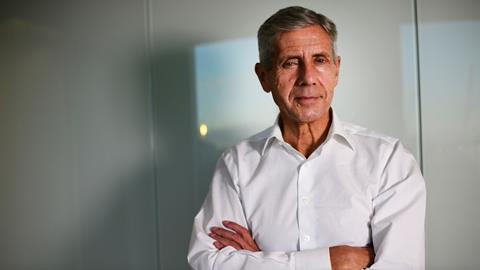 Until last year forecourt giant EG Group was a multibillion retailer that flew under the radar.

Privately held and growing from a single site in 2001 to a £20bn behemoth, EG Group’s journey has been spectacular. Nevertheless, its profile has remained remarkably low-key compared with UK retailers whose revenues it dwarfs, like Marks & Spencer, John Lewis Partnership and the Co-op.

All that changed when EG Group owners the Issa brothers agreed a £6.8bn deal alongside private equity player and EG Group-funded TDR Capital to buy Asda in October last year.

Being at the centre of the biggest UK grocery M&A deal for 20 years has thrust the Issa empire into the spotlight – and it hasn’t all been plain sailing since.

In October, news emerged that EG’s auditor Deloitte had resigned due to concerns over its governance and internal controls, while it was downgraded by ratings agency Moody’s over similar concerns, as well as the gap between its calculations on its debt position compared with management accounts.

Meanwhile, the Asda acquisition is to be investigated by the Competition & Markets Authority.

The Issas have been busy attempting to rectify the governance and reporting issues that have come with the group’s rapid growth.

EG’s hire last week of retail stalwart Lord Stuart Rose is likely not the culmination of this process, but a signal of the group’s intent.

Of particular concern to Deloitte and Moody’s was the group’s lack of independent board directors. EG Group had not had a chairman for four years after former Asda boss Tony DeNunzio left following its merger with European Forecourt Retail Group.

Rose’s appointment fills the role of non-exec chair and builds on the November hiring of former BP exec John Carey in a non-exec role. The group is still seeking another senior figure to chair its audit committee.

Moody’s welcomed the appointment of Rose and his “long experience in retail, consumer and public companies” as a “strong positive for the future development of the company’s governance”.

But the hire is more than corporate box-ticking.

“EG is on a journey of professionalising the business,” says one senior retail industry source. “Bringing someone like Stuart in is a key commitment on that journey.”

Adds retail analyst Nick Bubb: “Even before they take on Asda, if that deal goes ahead, EG is a huge forecourt business with some PR problems – they have done well to get a retail heavyweight like Stuart Rose on board.”

The appointment is widely seen as a signal that the Issas acknowledge their time under the radar is over. Rose’s impeccable connections across the media and political landscape will give them and the group a powerful new voice.

EG Group is keen to stress Rose will have no official role with the Asda business. Indeed, one source with knowledge of the Issas’ business said the Chinese walls between Rose’s role at EG Group and Asda would be “very solid”.

However, there is little doubt that Rose’s retail knowhow will be a resource the potential owners of Asda will be able to tap.

Notably there will be a direct crossover between the development of EG and Asda. EG is planning to develop its food retail offer by establishing a convenience operation within its forecourt stores for the supermarket.

Asda has already launched three EG Group forecourts in the Midlands. The ability to grow both businesses together through a new convenience proposition is a vital strategic rationale for the deal.

Additionally, Asda “lacks online credibility” compared with some of its major grocery contemporaries, the retail source notes, and EG Group has only dipped its toes into the area with partnerships with Deliveroo and Just Eat.

“With Asda going on to the forecourts with its convenience offering, you can foresee some really interesting digital opportunities here in an area both brands are underrepresented in at the moment,” the source says.

Few non-execs would seem better placed to advise on digital grocery development than the chairman in situ during Ocado’s rise into the FTSE 30.

The precise contribution of non-exec chairmen to company strategy is always an area of debate, but there seems little disagreement that Rose helped build Ocado’s governance credentials to reflect its elevated City status while safeguarding the entrepreneurial spirit that made the company such a high-growth sector disruptor.

What is slightly less clear is the extent Rose’s retail relationships and knowhow were influential in building Ocado’s network of global grocery clients, and the evolution of its joint retail venture with his former employers M&S.

While some sources downplayed the depth of his direct involvement in such deals, Rose undeniably has a long history in grocery and retail M&A – from selling Arcadia to Philip Green and subsequently defending M&S from his bid interest to his involvement with private equity giant Bridgepoint.

And that knowledge will no doubt be tapped by deal-hungry EG as it continues to set its sights on acquisitive growth opportunities – particularly in relation to retail partnerships - to boost the in-store offerings in its global forecourt empire.

The Issa empire will also have his knowledge to call on as it becomes increasingly active in the wider retail space – as recent efforts to acquire Caffè Nero and current chase to buy Arcadia’s Topshop and Topman brands demonstrate.

Ultimately, the end goal of the Issa brothers, TDR and Rose will be to gain sufficient City confidence in the governance, finances and reporting robustness of the group to enable a float. Rumours have abounded since 2019 that EG Group could seek a multibillion listing in the US or Europe – and Rose’s hire is a tacit acknowledgement such a move is on the horizon.

“Stuart is certainly taking a reputational risk and Blackburn is a long way off his beaten track,” adds Bubb. “But no doubt if EG ends up floating he will get a nice piece of the action as long as he can sort out the corporate governance issues.”

It’s a role “not for the fainthearted” argues the retail industry source, “but if you can master Tim Steiner you should hopefully be able to deal with the Issa brothers”.

1949-1953: Rose lives in a caravan in Warwickshire with his parents until the age of four before moving to Tanzania, where his civil servant father is posted

1997: Appointed CEO of Argos, where he unsuccessfully fights off a takeover by Great Universal Stores