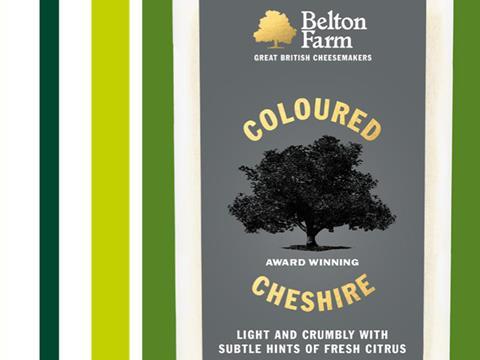 Territorial cheesemaker Belton Farm has secured a first Waitrose listing for its Coloured Cheshire cheese, which was crowned supreme champion at this year’s International Cheese Awards.

The cheese started rolling into 31 Waitrose stores across the north west and the Midlands this week in a pre-packed format (rsp: £1.85/200g). It had previously only been available from Morrisons deli counters.

It is also the first product listed with Waitrose outside Belton Farm’s Red and White Fox sub-brands, and adds to a range of territorials supplied under Waitrose’s own label cheese range including Wensleydale, double Gloucester and mild Cheshire cheeses.

It comes during a recruitment drive for the brand, which is looking to add to its 80-strong group of local milk producers to support plans to expand its export distribution. All milk used in its cheese production is sourced within a 25-mile radius of its Shropshire dairy.