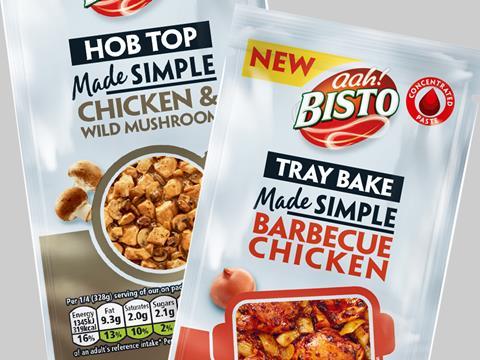 Premier Foods has expanded its Bisto Made Simple line-up with two new sub-ranges.

The launch will be supported as part of a £3.5m TV and radio campaign for the brand - a continuation of the Bisto Together Project launched last year, which Premier said had reached 99% of the brand’s target audience [Carat CCS Planner Tool]. The new drive will run from November to next February.

“The average evening meal now only takes 29 minutes to prepare,” said Helen Touchais, brand director for flavourings and seasonings at Premier Foods. “Bisto consumers are prepared to invest in cooking but need products to help them to deliver the taste of homemade in quick, convenient formats from a trusted and credible brand.”