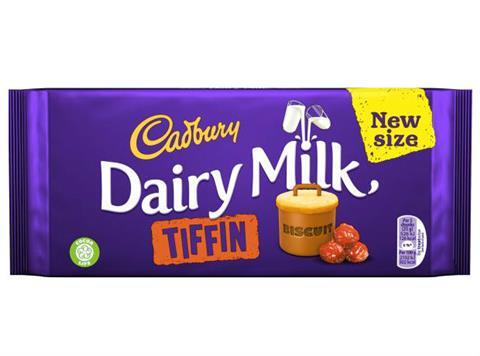 Cadbury Dairy Milk Tiffin is to become a permanent fixture of Cadbury’s UK chocolate portfolio for the first time in 14 years - following a £75m production upgrade at the brand’s Bournville site.

Originally launched in 1937, Tiffin has not been a Cadbury regular since 2003 - though it made a brief return last summer as a limited edition, following a campaign by fans. It will roll out on 1 August in a tablet format (rsp: £2.49/200g).

UK production of the bars was made possible by the installation of four new production lines at Bournville, Glenn Caton, president for Mondelez Northern Europe, told The Grocer.

“Technological challenges” had previously prevented some Cadbury lines from being made in the UK, he added, but the upgrade would now allow biscuit-filled bars to roll out of Cadbury’s historic West Midlands nerve centre.

Mondelez is also shifting production of some other Cadbury lines back to Bournville following its investment in the UK site, said Caton, including Cadbury Dairy Milk Oreo, which was previously made in Germany.

However, he confirmed no new manufacturing jobs would be created in the UK.