Cadbury Inventor range relaunches with three bars to vote for 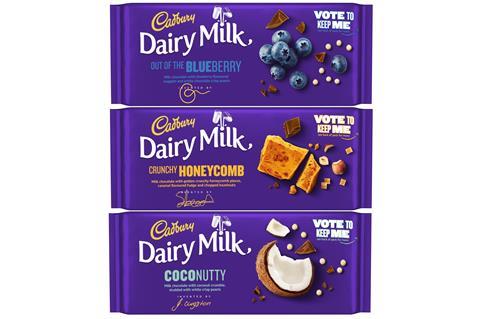 Fans can vote for their favourite until 6 September

Mondelez is bringing back its Cadbury Inventor series with the launch of three limited-edition Dairy Milk bars.

The three bars were designed by Cadbury fans and had been picked from over 120,000 entries.

Out of the Blueberry, meanwhile, had been inspired by creator Taylor’s son’s love of blueberries and includes blueberry-flavour nuggets with white crisp pearls.

They will roll out this month (rsp: £1.49/105g) and fans will have until 6 September to vote for their favourites, with the winning flavour becoming part of the permanent range.