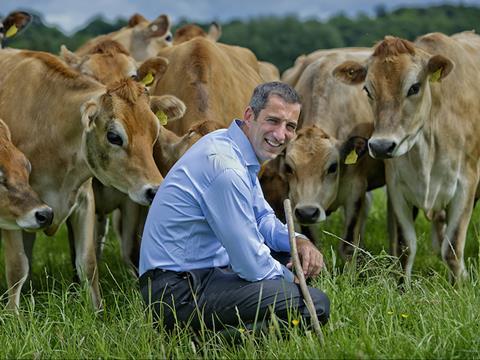 Graham’s The Family Dairy has expanded its spreadable butter offering with the launch of new lighter and organic variants.

The products join the processor’s existing Scottish Slightly Salted Spreadable Butter - launched in 2011 - and were developed at Graham’s Airthrey Kerse Farm in Bridge of Allan, which recently underwent a £1m refurbishment part-financed by a Scottish Government grant.

MD Robert Graham, said the new products would broaden the company’s support for Scottish farmers in a category worth an estimated £63m.

“Spreadables account for 70% of butter sales in Scotland, but a staggering 96% of that spreadable butter isn’t made in our country,” he said.

“Creating products like this is crucial in helping give farmers an outlet for their milk, we’re not only boosting our own business but we’re also supporting the 98 dairy farmers who we work with throughout the country,” he explained.

Graham added the company’s focus was on growing its presence with retailers across Scotland before looking south of the border and to export markets.

“Butter is a category that performs well and the market will experience continual growth with spreadables. It’s a natural product and we were keen to extend our offering,” he explained, with research by the company revealing that market penetration had risen from 7% last year to 11% in 2015.