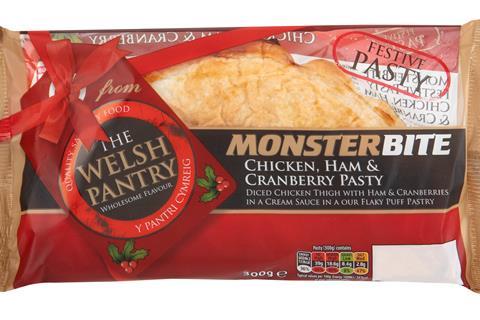 It contains chicken thigh, ham and cranberries in a creamy sage and parsley sauce

The pasty, which is made in Wales, has a puff pastry outer layer and is filled with chicken thigh, ham and cranberries in a creamy sage and parsley sauce.

Poundland said it had travelled the country to blind taste-test the pasty on consumers called Greg, with its festive pasty coming out on top.

In a video posted to its website, Poundland interviewed the consumers, where all of those featured said they preferred the pasty and were shocked at both the price and seller. It ended the video saying “thanks Greg’s” and used blue, white and orange branding similar to that of the high-street bakery chain.

It has rolled into 700 Poundland stores nationwide, promising “300g of festive cheer for only £1”.