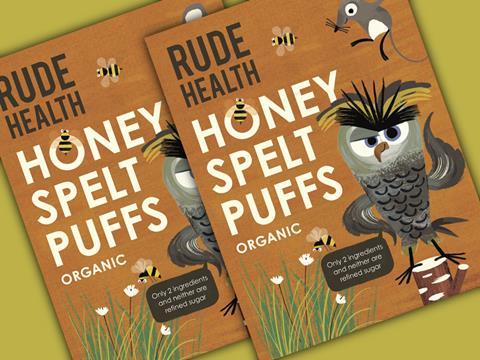 Rude Health is making its first foray into children’s cereals in a bid to offer a healthy alternative to sugary products currently on shelves.

The organic Honey Spelt Puffs will be available from Waitrose nationwide from the beginning of May, followed by independents later that month (rsp: £2.85/175g).

“Up until now, manufacturers have made children’s cereals over-complicated in terms of both the number of ingredients and the supposed health messages,” said co-founder Nick Barnard.

“Our approach is to keep the ingredients and the messages short and simple so parents can make their own choices.”

He added the decision to make cereal sweeter by adding honey, maple syrup or fruit, was “best left in the hands of parents”.

“Honey Spelt Puffs is our first children’s food,” added Barnard. “What’s so exciting is that it is the first of many children’s foods in Rude Health, and all have been created with the same ethos - to make healthy eating exciting - for all the family.”