Sainsbury's gears up for Veganuary with glut of NPD 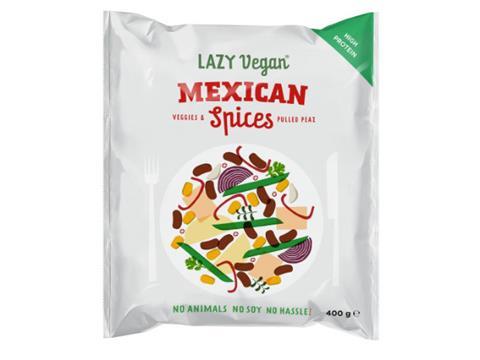 Sainsbury’s is gearing up to take advantage of an influx of plant-based shoppers with the launch of a raft of new vegan products.

The retailer is set to roll out a 25-strong addition to its vegan offer from tomorrow (31 December), featuring branded and own-label SKUs. The move marks the fourth expansion of its plant-based lineup since its ‘next generation’ range was unveiled almost a year ago.

A chorizo-style variant of its own-label Shroomdog range of vegan sausages, jackfruit quarter pounders and mushroom-based Shroomballs with jackfruit are set to be among the highlights of the Sainsbury’s bulked up meat-free offer, it said.

It comes after the retailer announced it would become the first British supermarket to list Canadian meat alternative brand Gardein, which is set to roll out next month as part of Sainsbury’s plant-based NPD push.

“With more than seven million vegetarians in Britain and the meteoric rise of the flexitarian lifestyle, Britain has certainly got the taste for meat alternatives at meal times,” said Sainsbury’s product developer for plant-based, Rachael Matthews.

“Our new range of plant-based products provide innovative and truly delicious options – from the juicy jackfruit quarter pounder to flaky Fishless Filets – to take the hassle out of cooking flexitarian.”

Sainsbury’s vegan range now totals in excess of 100 products, following an 82% increase in customers searching for vegan products online compared with last year, said Sainsbury’s. During the same period, it experienced a 45% increase in sales of plant-based products, as customers increasingly considered a vegetarian, vegan or flexitarian lifestyle.