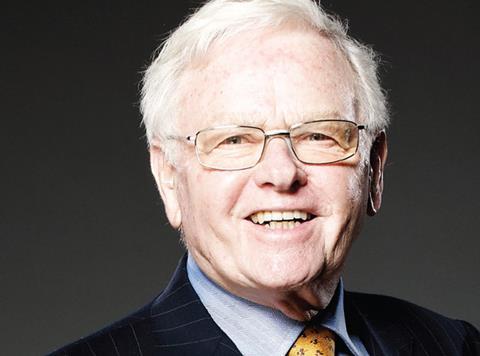 Frank Brake and his brothers, William and Peter, formed Brakes in 1958

Frank Brake, a titan of the foodservice industry and one of three brothers who founded Brake Bros, passed away just before Christmas, on his 85th birthday.

The son of publicans, he was known for his “no-nonsense pragmatism”, according to the company’s chief executive Hugo Mahoney.

Frank was the middle of the three older Brake brothers, William, Frank and Peter. A fourth brother, Paul, was born shortly after World War II.

The brothers opened a pub in Swindon, following in their parents’ footsteps, before forming Brakes in 1958, supplying poultry to caterers.

“A farmer had offered them some chickens that had stopped laying and the Brake Brothers business was launched,” said Mahoney.

“That was just the start for Frank, whose forward-looking opportunism often meant he was ‘legging it’ across the capital to sign up new customers before heading back to the cold store in Kent to process the next day’s orders.

“Developing Brakes from those early days was no mean feat and meant constantly innovating and identifying opportunities,” said Mahoney. “For example, being the pioneers in frozen food and one of the early innovators in foodservice ready meals, creating meals that could compete with freshly prepared foods.

“The brothers were not afraid to adapt - for example pulling out of poultry production when it became apparent that there were better opportunities elsewhere.”

Moves into fresh food and an international focus followed and saw the company develop into a major listed giant, floating in 1986, which allowed further expansion, acquisitions and success. Total group revenues reached £6bn in the 18 months to 1 July last year.

Clayton Dubilier & Rice bought the business in 2002 for £434m, the same year Frank retired. Bain Capital subsequently purchased it in June 2007 for £877m. Bain then sold to US food distribution giant Sysco for $3.1bn two years ago, but Brakes continues to operate as a standalone outfit.

“Frank would have been proud that the business he started with his brothers continues to be successful,” Mahoney said.

“I was privileged to have the opportunity to talk to Frank at length and, although he sold the business many years ago, I know how supportive he was of Brakes today, under Sysco’s stewardship, and spoke very highly of colleagues’ success in working in what he described as a today’s incredibly complex foodservice market.

“He was a humble man, whose hard-working attitude and entrepreneurial spirit was admired by those who knew him and he will be sadly missed. Our thoughts are with Frank’s family at this sad time.”