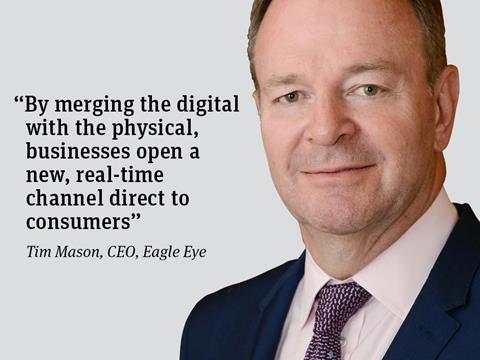 I don’t think any of us could have predicted the level of media access society now enjoys as the norm. Eighty-five per cent of 16 to 75-year-olds in the UK now own or have access to a smartphone, and our consumption of all types of media is growing.

Essentially, the modern consumer is always connected and ‘always on’. So who could have anticipated that Rupert Murdoch would consider selling most of his company for $60bn because he doesn’t believe he has scale or a direct route to customers?

As we know, Amazon has been maximising its channels to communicate directly with customers for some time. Black Friday and the run-up to Christmas were prime examples; as an Amazon customer, I received multiple email communications to alert me to relevant deals based on my preferences. Amazon had the most significant share of voice in my mediascape - all utilising a channel that is essentially free.

This had me thinking about the opportunity for retailers to capitalise on the ‘always-on’ consumer culture. Amazon’s strength is built on one-to-one connection based upon data capture. A physical merchant’s strength is its bricks-and-mortar stores. If these stores can be augmented using the technologies of digital competitors, they can have the best of both worlds.

Taking into consideration the uplift of media consumption via smartphones, an app is undoubtedly one of the best strategies.

Apps give you an opportunity to establish that direct connection, creating a personalised experience that customers value in this saturated market. Initially, I see apps being largely for the retailer’s own content - but as the benefits of personalised communication become apparent, they will be recognised as an extremely valuable channel.

Grocers are in a very strong position to benefit. Take loyalty schemes - only a small number of industries seem to be able to sustain them. Grocery succeeds because of the financial scale of their business per customer, the diversity of products that make up this total and the frequency with which customers shop. Banks are not far behind, but they only know basic information - ‘where’ consumers are and the ‘amount’ they spend, not the ‘what’ they buy that gives grocers an advantage.

As with loyalty schemes, grocers should be able to use their scale and frequency advantages to optimise apps and personalised communications in this way.

Retail is always in flux, and at times of change there are inevitably winners and losers. To be a winner, it is imperative to create a direct digital connection to your customers, prioritising great content and a seamless user experience. No one is better placed than grocers to do this.