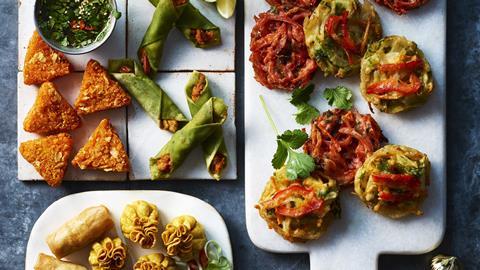 The supermarkets have made every effort to get carveable main courses and satisfying sides that are suitable for everyone at the Christmas table this year. As well as vegan takes on Christmas dinner must-haves, there are several new dairy-free, showstopping desserts making their way to supermarket shelves for the festive season. Here’s our pick of plant-based launches coming to stores this Christmas.

We’ll be updating this article with new launches as they are released, so check back later to see more. 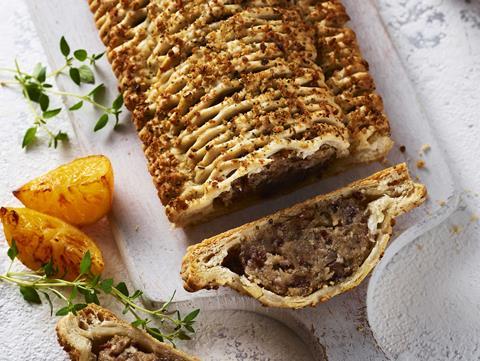 A sliceable meat-free main, this vegan puff pastry yule log is filled with veggie mince, chestnuts and cranberries, topped with a sage and onion seasoning sprinkle. 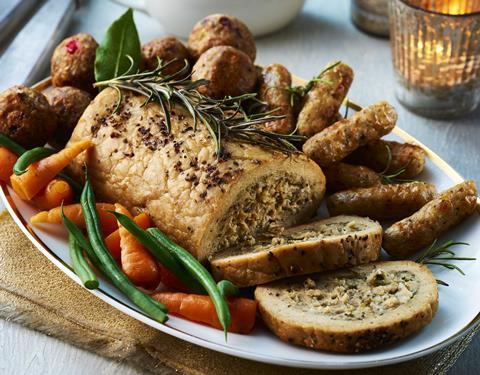 Asda says this centrepiece is the “perfect pick” for vegans at Christmas. The soya-based joint is seasoned with black pepper and bay leaves and is filled with a caramelised onion and herb stuffing. It’s pictured alongside the vegetable-based Chestnut, Cranberry and Apple Stuffing Balls and the soy-based Spiced Apple and Orange Cocktail Sausages. 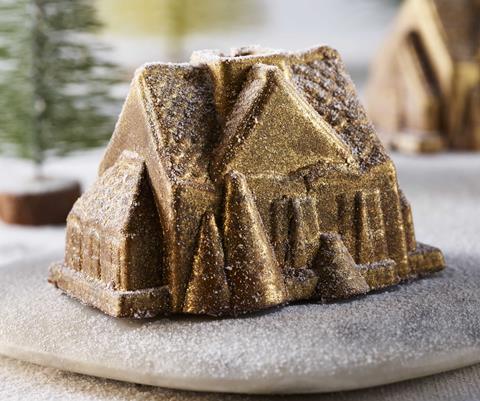 This sweet winter cottage is completely dairy and egg-free. The dark chocolate shell has a chocolate mousse centre laced with a morello cherry compote and sits atop a tiffin base made with chopped dates, raisins and dark chocolate. 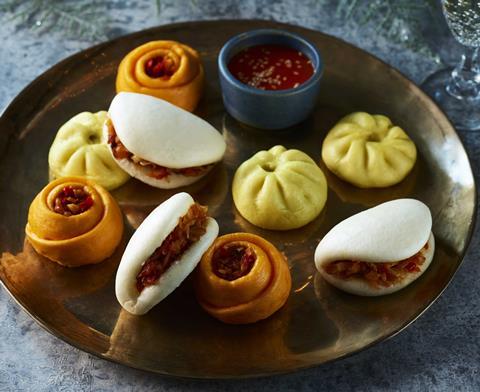 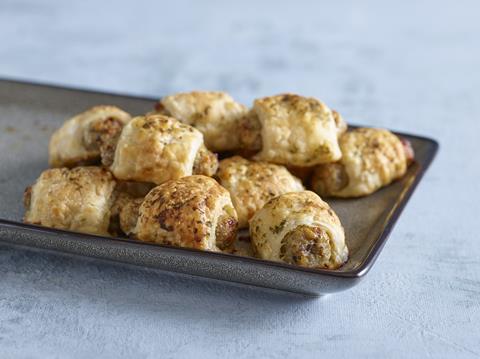 Meat-free cocktail sausages (which will also be available without the blankets) wrapped in dairy-free pastry, flavoured with herbs and pepper. They’ll be in chillers from 19 December. 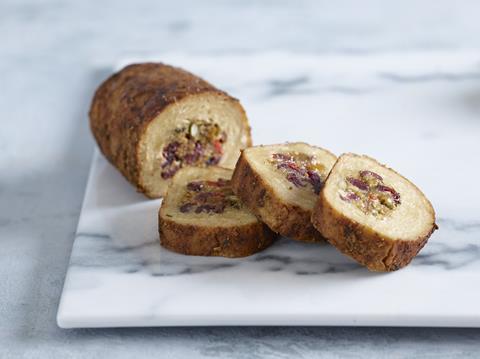 This carveable soya roast is filled with a cranberry, red pepper, apricot and pumpkin seed stuffing, coated with a barbeque flavour glaze. It will be in the frozen aisle from 16 November. 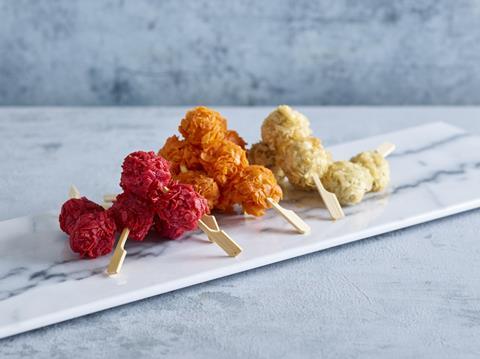 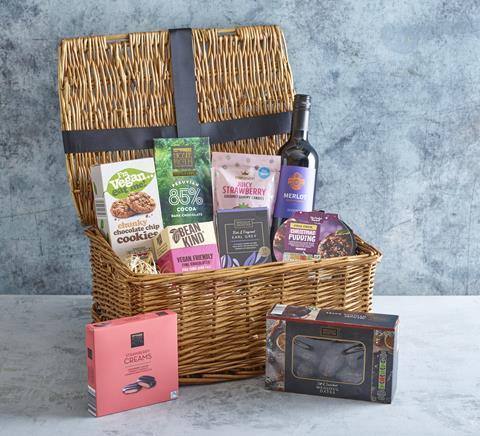 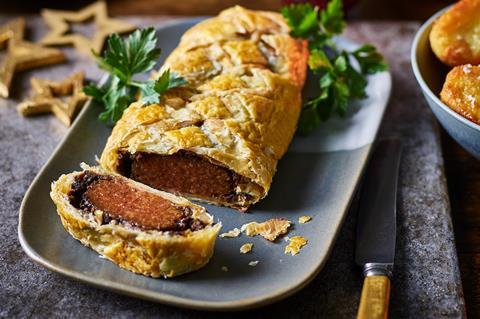 One of Tesco’s entries for the vegan main on Christmas day is a hand-rolled no-beef wellington. The centre is made from pea protein with a garlic porcini and chestnut mushroom duxelle and it’s covered in flaky puff pastry. It serves four and will be in stores in late November. 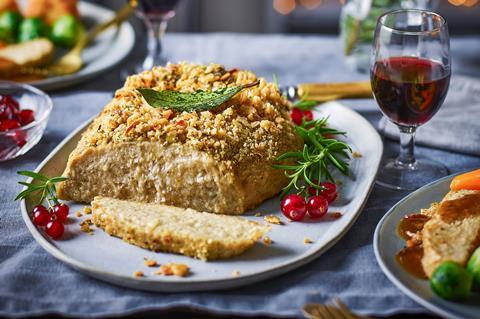 According to Tesco, this “tender and juicy” turkey alternative carves just like the real thing. It’s made with a combination of soy and wheat protein for texture, is topped with a sage and onion stuffing crumb and is cooked and ready for the table in 45 minutes. 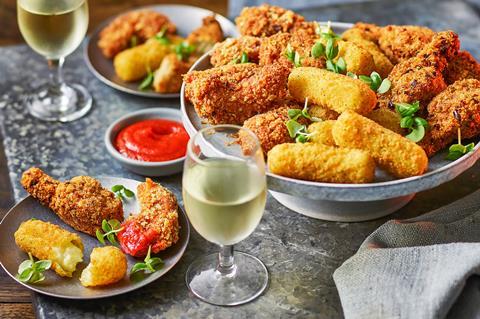 There are three new vegan party food lines on the way under the Wicked Kitchen brand. The no-prawn soybean dippers are seasoned with kicks of spice and smoky barbecue sauce, there are ‘no-chicken’ plant-based drumettes covered in spicy breadcrumbs and oozy, dairy-free no-mozzarella sticks. They’re coming to stores from mid-October. 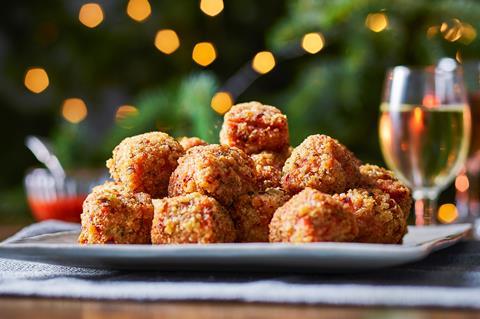 These bon bons are filled with pulled jackfruit marinated in smoky barbecue sauce, coated in breadcrumbs. They’re £2 for a pack of eight and they’ll be in the frozen aisle from mid-September. 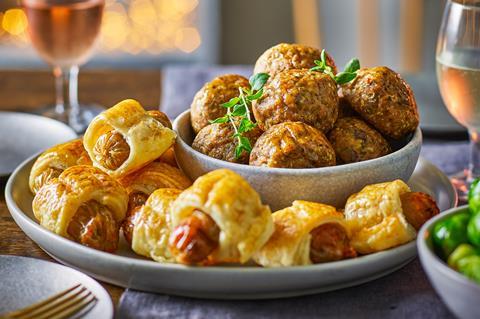 Coming to stores in a 10-pack from 23 November for £2, these meat-free pigs in duvets are made with Cumberland-style pea protein sausages, roasted mushrooms and onions, hand-rolled in vegan pastry. They’re pictured here alongside the vegan sage and onion stuffing balls, also made with pea protein. 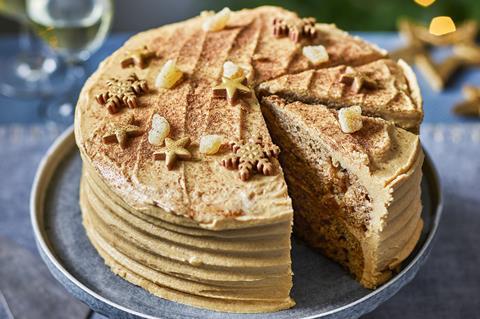 This launch is the first Wicked Kitchen celebration cake for Tesco. The plant-based ginger sponge is soaked with spiced chai tea and decorated with thick frosting, cinnamon sugar and caramelised ginger pieces. It will be in the cake aisle from the end of September for £9. 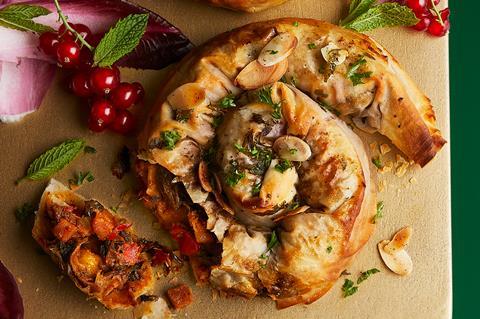 These filo pastry swirls are filled with Moroccan-spiced vegetables, apricots and raisins, topped with flaked almonds. They come in a pack of two for £6.99. 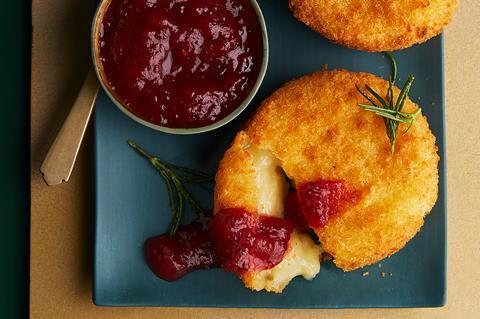 Waitrose has stood up to the ultimate test in plant-based cuisine, melting vegan cheese. The retailer says this coconut-based cheese alternative not only melts but is “gooey and moreish”. It’s coated in golden breadcrumbs, serves two and will be on sale for £4. 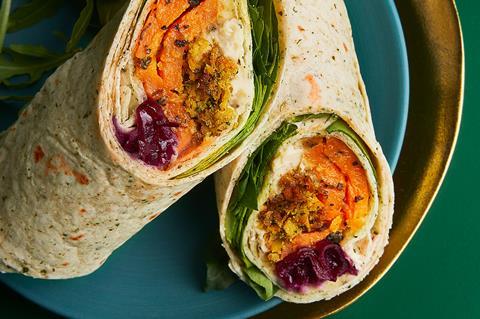 New to the food to go chiller, this spinach tortilla wrap is filled with festive veg falafel, braised red cabbage and a smear of cannellini bean and parsnip houmous. 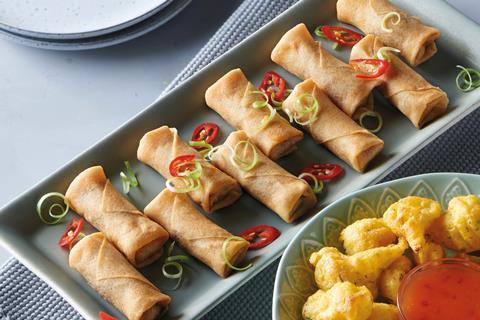 A new addition to the retailer’s Gro vegan range, these spring rolls contain a mixture of seasoned vegetables, jackfruit and oyster mushrooms wrapped in crisp filo pastry. A pack of ten will cost £2.25. 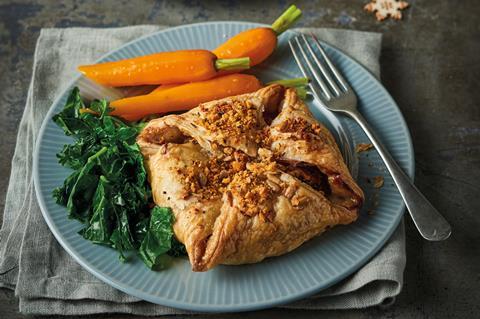 Priced at £4 each, these plant-based parcels from the Co-op’s Gro range feature a root vegetable, orange zest and cranberry sauce filling encased in vegan puff pastry.

Tempura No Prawns and No Duck Spring Rolls 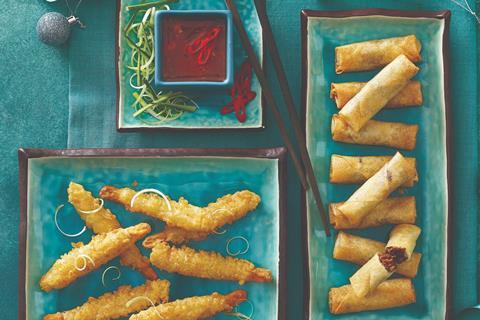 This Asian-inspired finger food should keep the vegan contingent happy before the main meal arrives. Both made using jackfruit and oyster mushroom, the ‘no prawns’ feature a light tempura batter while the spring rolls are wrapped in crispy filo pastry. 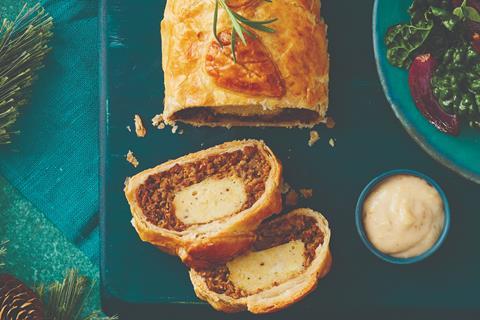 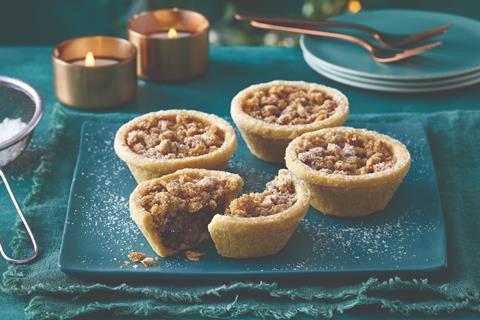 Both vegan and gluten-free, these miniature mince pies have a filling of raisins, sultanas and apple purée and a maple-flavoured crumble topping. Sold in packs of four. 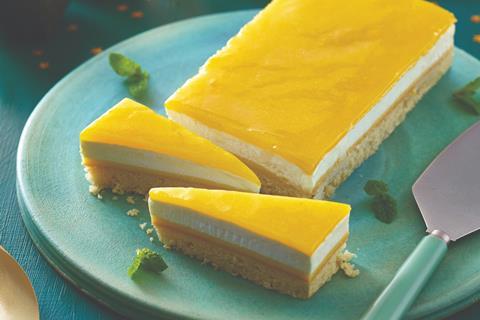 This zingy and refreshing vegan dessert has a vanilla sponge base, topped with layers of lemon sauce and semifreddo and finished with a glittering lemon glaze. 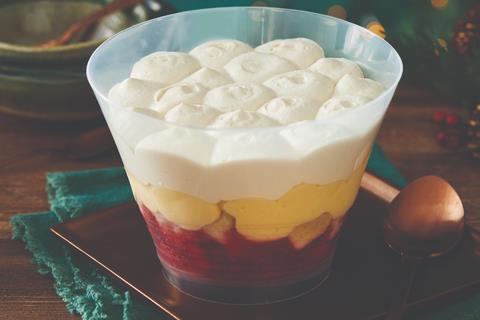 Morrisons has stuck to the basics with this vegan trifle, which features the classic combination of strawberry sauce, boudoir biscuits, vanilla custard and whipped vegan cream. Hand finished with a dusting of golden shimmer. 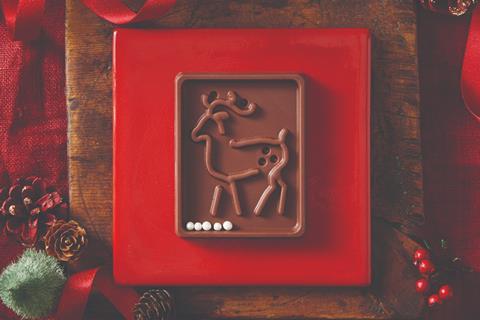 After-dinner entertainment doesn’t come sweeter than this. Consumers must tilt the gluten-free and vegan chocolate board to get the balls in the holes, then reward themselves by eating it.