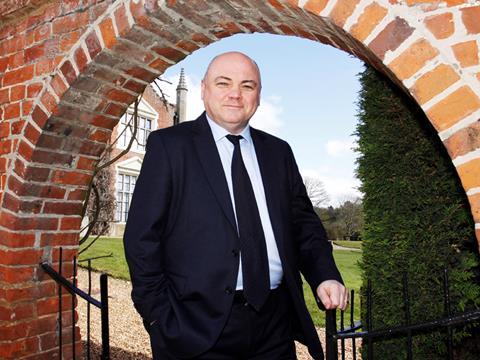 Bernard Matthews CEO Rob Burnett has left the business and returned to his native Scotland, it has emerged.

Burnett joined the turkey giant in June 2014 after a 12-year stint as CEO of fmcg supplier S Daniels and its successor Hain Daniels.

He presided over the supplier during a difficult two-and-a-half-year period coloured by continuing losses, which ultimately led its owners - private equity group Rutland Partners - to sell the business to 2 Sisters Food Group owner Ranjit Singh last September in a controversial pre-pack administration.

Burnett initially stayed on as boss of Bernard Matthews after its acquisition by Singh’s investment vehicle Boparan Private Office. However, it has now emerged he left the business shortly after the Christmas period.

He had taken the “personal decision” to move on from Bernard Matthews, said executive chairman Eddie Power, and decided to return to live permanently in Scotland. Burnett was unavailable for comment this week.

“Rob has led Bernard Matthews during a very difficult and challenging period for the company and I would like to take this opportunity to thank him for his hard work and passionate leadership over the past few years and wish him all the very best for the future,” Power added.

The takeover of the business has also faced further scrutiny during the past week, with a Commons work and pensions committee report criticising Rutland Partners for rejecting an earlier buyout offer from Singh that would have protected its pension scheme.

The pre-pack deal meant Singh bought the business without its pension deficit - which was jettisoned into the pensions industry-backed Pension Protection Fund, and meant Rutland benefitted from an “improved financial outcome” at the expense of pension scheme members.

However, Rutland this week defended its actions, insisted it “sought to protect the future of the business” at all times, and said the Committee’s claims were “factually inaccurate”.

In a statement, Rutland said: “Bernard Matthews’ ongoing financial difficulties were longstanding and predated Rutland’s ownership and involvement in the business. It is regrettable for all stakeholders that we were ultimately unable to rescue the business despite over three years of hard work and investment.”