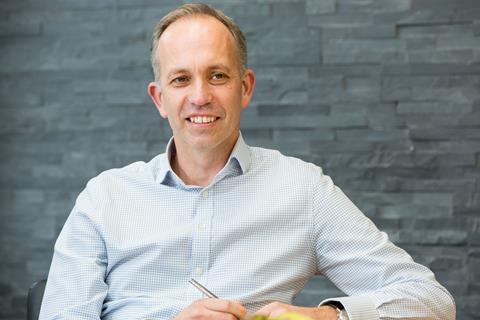 Everett had previously held the same title at Kerry Foods, where he had been employed for 25 years after joining its graduate programme in 1995, rising through the ranks in senior finance roles before taking on leadership positions and then becoming CEO in 2017.

He will take up the new role from 2 September, replacing Dale Burnett, who is stepping down as CEO after four years in the role, to spend time playing golf and travelling, said Noble Foods owner Sarah Dean.

Meanwhile Everett’s position at Kerry Foods will be taken over by Nick Robinson, its current MD of consumer brands.

Robinson had “led the growth agenda” in the company’s branded business since 2017, said Kerry. Prior to that he held a variety of sales, commercial and marketing roles at the likes of Diageo, Coca-Cola and AB InBev.

Robinson will transition into the CEO role over the next two months, said Kerry Foods.

The news follows the appointment of Jerome Saulet to the newly created role of commercial director at Noble Foods last week.

Saulet joined the supplier from Andros UK, a supplier of ambient fruit conserves and chilled yoghurts and desserts, where he was commercial director for the past four years.

He started his career in sales and marketing for companies including Rank Hovis McDougall, Unilever and John West Foods, before gaining retail experience in account director roles at Premier Foods.