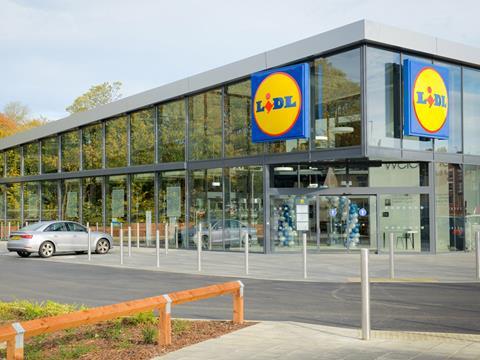 Lidl UK has confirmed that chief operating officer Martin Bailie Is leaving next month after 14 years with the retailer.

The discounter said today that Bailie will leave on 30 November “as he has been offered a job opportunity outside of the business”.

His move is the latest in a string of senior comings and goings sparked by Ronny Gottschlich’s shock departure from his post as Lidl UK CEO last month. Gottschlich was replaced immediately by former board director for Lidl Austria Christian Härtnagel.

A couple of weeks later, Lidl announced a further shake-up of its UK board with the appointment of three new directors. Former Virgin Atlantic vice-president of people Nan Gibson has joined as HR director while Lidl Germany’s Tim Ulbrich and UK regional director for Northfleet warehouse Robert Ryan were promoted to become operations board directors.

The plan had been that Ulbrich and Ryan would join Bailie in a team of three, which would split responsibility for store operations and logistics.

With Bailie now set to leave they will continue as co-chief operating officers with a handover of responsibilities taking place before he goes.

Lidl said Ulbrich and Ryan will jointly lead the expansion of its logistics and store networks.

“Martin has played an integral role at Lidl for the last 14 years, providing the business with invaluable leadership,” said Härtnagel. “While it is with great sadness that we announce he is leaving us, we fully support him in his decision and we wish him the very best success in his future personal and professional life.”

Bailie said: “I’ve enormously enjoyed my time with Lidl since joining as a graduate many years ago. I’m very grateful for the challenge and responsibilities that have been offered to me during my time here as well as the fantastic opportunities to develop and progress. It’s an exciting time for Lidl UK as it continues to grow and outperform the market. I will still be keenly following its progress, I wish team Lidl every success.”