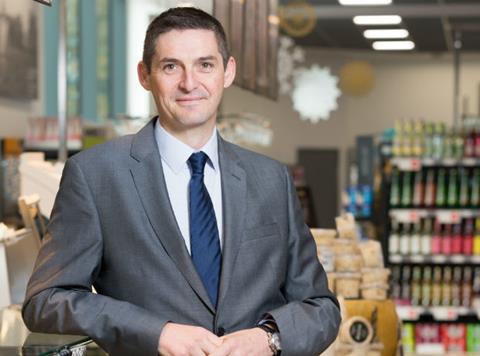 Booths has appointed a new chief operating officer and finance director in a bid to “strengthen and streamline” its management team in preparation for the departure of CEO Chris Dee.

Commercial director Nigel Murray will move up to become COO from today, covering retail alongside his current responsibilities of trading, logistics and manufacturing.

Head of retail operations Paul Tidswell will support Murray in his new role as head of retail.

Booths has also made an external appointment in the form of Ross Faith, who will take over the role of finance director from Matt Rothwell, who has left the business for a position closer to his home.

The shake-up comes a month after Dee announced he was to step down. He will leave the business on 30 June, when executive chairman Edwin Booth will assume the role of both chairman and CEO.

Booth said he was confident in the new management team. “I have tremendous confidence in Nigel to ensure that Booths remains a strong, resilient northern retailer and we have a shared vision to grow and develop the business,” he said. “Together with the addition of Ross Faith, who has significant retail and finance experience, we have a robust leadership team in place at Booths.”