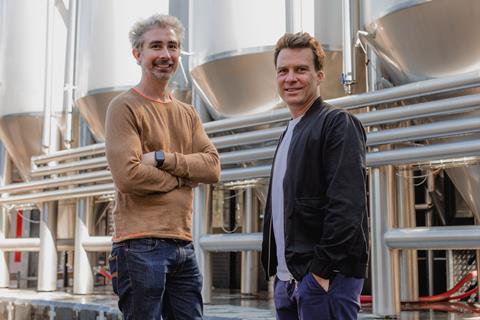 It’s the end of an era for Camden Town Brewery as owner AB InBev plots a restructure at the craft brewer to fully integrate it into the wider group, The Grocer has learned.

Founder Jasper Cuppaidge, who sold the London-based brewery to AB InBev for £85m in December 2015, will step back from the business into a consultant role, while CEO Adam Keary will leave in March after managing the transition into the parent’s UK division, a letter sent to Camden’s on and off-trade customers revealed.

A number of roles across the executive, finance and sales teams at Camden are being looked at in the shake-up as AB InBev seeks to simplify the business and eradicate duplication. Many of the functions are expected to be moved and run centrally from the London headquarters of Budweiser Brewing Group, the UK arm of the brewing giant headed by Paula Lindenberg.

AB InBev is currently running a consultation process with the employees at Camden about the changes, with the final number of jobs to be axed yet to be finalised.

The remaining staff in production, engineering, supply chain and distribution at Camden’s breweries in Kentish Town and Enfield, the warehouses and back office will continue to operate as normal at the current sites.

“We will unify the two businesses, bringing the best of both and ultimately creating one bigger and better partner for you and all of our other customers.”

The integration will take a number of phases, starting by joining the two sales teams as AB InBev aligns one account manager per customer, the letter added.

Invoicing, logistics and support functions are also being combined.

“All of this is with the objective to give you better service,” Keary writes. “We are committed to this, and it will be driving our approach throughout the integration.

“The integration also presents some great opportunities for the Camden beer team as they now transfer into Budweiser Brewing Group and will have access to both local and global opportunities at AB InBev.”

Paula Lindenberg, president of Budweiser Brewing Group UK&I, said in a statement that the move was part of a long-term strategy and would pave the way for future growth and expansion at Camden.

“As Camden has continued to see phenomenal growth, with the start of 2020 showing an anticipated 10th year of 50% consecutive gains, now is the time to fully integrate to keep up with consumer demand and to grow further,” she said.

“We believe that our teams complement each other and that our ambition is the same. I couldn’t be more grateful for the strong company the team has built.

“Camden Town Brewery will continue to be focused on getting more fresh, high-quality beer into the hands of more people in the UK. We love the Camden Town brand and ethos, and we do not want to change this, but to see it continue to grow.”

A spokeswoman for Budweiser Brewing Group added that the group would try to minimise the total number of redundancies during the integration.

“Our people continue to be our most important asset,” she added. “We anticipate retaining most of the talent from Camden, and we are aiming to reduce any potential total impact to a minimum by reviewing alternative opportunities for any employees within the company.”

Adam Keary joined Camden in 2017 as sales director, spearheading the launch into the supermarkets, where the brand has grown rapidly to sit second behind category leader BrewDog.

He was promoted to CEO in 2019, overseeing the launch of the direct-to-consumer business, as well as signing a sponsorship deal with Arsenal to become the football club’s official beer partner.

Founded in 2010, the business has grown rapidly under AB InBev’s ownership, with annual revenues now at more than £50m, compared to £14m at the end of 2015.

The majority of Camden’s sales are generated in the on-trade across 3,500 pubs, but retail has grown to represent more than 20% of the business, with the Hells beer available in Tesco, Sainsbury’s, Morrisons, Asda, Waitrose and M&S.

Its off-trade sales grew by more than 80% in 2019, which has been eclipsed this year as the coronavirus pandemic forced pubs to close and pushed consumers to buy more beer to drink at home.

AB InBev has also invested significantly in production at the business, with a new £30m brewery opening in Enfield in 2017, expanding Camden’s annual capacity to 400,000 hectolitres.

However, the acquisition by AB InBev sparked controversy in the craft beer world at the time of the deal, with critics vocal about Camden “selling out” to the Budweiser and Stella owner. It led BrewDog to delist Camden Hells from its bars after CEO James Watt said the company didn’t sell beers brewed by AB InBev.