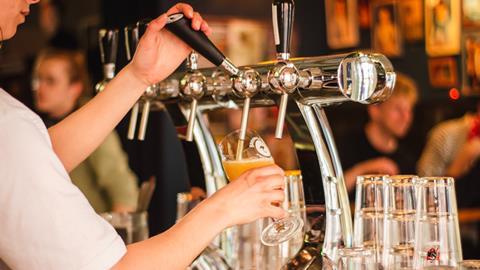 “Today’s Spending Review announcement will be broadly welcomed by the food and drink industry, particularly the Chancellor’s commitment to additional investment in skills. The lifetime skills guarantee will be key to helping upskill the UK’s workforce, whilst Kickstart, the Youth Offer and other schemes will provide much-needed additional support to those younger people who have been hardest hit by the pandemic.

“It is encouraging too to see further money committed to R&D, which we hope will deliver long-term benefits for food and drink manufacturers across the country. We welcome the introduction of the Shared Prosperity Fund for the devolved administrations and look forward to seeing how that money will be used to support the food and drink sectors in Wales and Scotland.”

“Today’s announcement presented a unique opportunity for the Chancellor to show his support for the food and drink supply chain and its 4.3 million employees – sectors severely impacted by the government’s closure of the hospitality industry. This was his chance to help put us back on the path to long-term growth and take advantage of the opportunities presented by the government’s independent trade policy.

“If the government wishes to further support UK industry it must also consider whether it presses ahead with those policies, which would deter investment and suffocate profitability. Proposals such as the proposed online advertising ban on HFSS foods would impact a broad swathe of products and inhibit innovation across our industry.”

“These are extraordinary and challenging times for businesses. Wage costs remain the biggest cost in a convenience store business, so a more restrained national living wage Increase will help struggling businesses to keep more colleagues employed rather than having to plan a cut in hours or headcount.

“Our research into the working lives of the 412,000 colleagues in convenience demonstrates how important the local, flexible and secure jobs that stores provide are, and we will continue to work closely with government and the Low Pay Commission to detail the impact of rising wages on the convenience sector and the uneven impact of Covid-19 this year.”

“We are encouraged that the government is considering options for further rates relief for businesses affected by Covid. Many retail businesses have been shuttered for the past month, depriving them of £8bn in sales. A return to full business rates liability in April would be impossible for some firms to meet and freezing the multiplier in 2021/22 does not solve this problem. The government should adopt our proposal for business rates relief at 50%, which reflects the fall in retail property values and brings market reality into the system, while generating much-needed revenue for the Treasury. This, along with an extension to the moratorium on debt enforcement, to encourage constructive dialogue between landlords and tenants on rents, will support the resilience of the retail industry. This would allow the industry to invest in the future and play its part in the economic recovery of the UK.

“We were disappointed that the Chancellor did not choose to reverse the decision to end tax-free shopping for international visitors to the UK. The policy will deliver a relatively small saving for the Treasury at the expense of a far greater return to the UK economy, and will damage the UK’s position as a top destination for international shoppers.”

“The lack of action by the Chancellor to save pubs and jobs by giving them the proper support they need is staggering. It seems pubs have now been cast adrift by the government. To save businesses and jobs the Chancellor needs to come back to the House this week and set out an enhanced package of support ahead of the new tier system coming into effect.

“Not only is the government unfairly rendering pubs unviable or forcing many of them to stay closed this Christmas, it isn’t even giving them the full financial support they need to survive. Whilst the news of a review of business rates reliefs in the new year is a glimmer of positive news, it is not nearly enough.

“It’s all well and good investing in new jobs, but the actions of this government are killing viable pub businesses and thousands of jobs that already exist. Yet the government is not doing enough right now to help them survive nor Britain’s brewers that are reliant on them.

“If our sector isn’t allowed to trade properly, or at all, how on earth can the Chancellor expect it to survive and protect the livelihoods of the thousands of people working in it? Adequate grants need to be given to pubs urgently or they simply won’t survive the new tier restrictions or Christmas.

“The government must do more to help our pubs, the livelihoods they support and the communities they serve across the UK. If not, this really could be the end of the pub in Britain as we know it.”

“We provided the Low Pay Commission with evidence of why we need a new deal for workers, which includes at least £10 per hour and an end to unjust rip-off youth rates. Today the Chancellor missed the opportunity to fully recognise the huge efforts low-paid key workers have made through the pandemic.

“Millions of low-paid workers have provided essential services to help ensure the country is fed, healthy and safe through the lockdown and will continue to do so. Usdaw members employed in our supermarkets, distribution warehouses, food processing sites and home delivery operations welcomed the key worker status, but that respect and appreciation must not fade into the background when this national crisis passes.

“There needs to be lasting and fundamental changes to the way society views our lowest paid workers. We need a new deal for the workers: a minimum wage of at least £10 per hour, an end to insecure employment, respect for shopworkers and action to ensure that retail jobs are no longer underpaid and undervalued.

“Going to work should mean a decent standard of living for all workers, not least young workers. They are more likely to be paid less than older colleagues, even when doing the same job. They also often work hours that are not guaranteed in their contract, so they really need fairer and better pay alongside protection against insecure work. So reducing the age that national living wage is paid from 25 to 23 years old is a step in the right direction, but is they need to go much further.

“Usdaw has campaigned for years to abolish youth rates. We continue to campaign for a national minimum wage of at least £10 per hour for all ages and call on the government to tackle insecure employment contracts.

“Many low-paid workers have to rely on Universal Credit to get by, and the temporary £20 uplift in Universal Credit has been really important in these difficult times. Today was a missed opportunity for the Chancellor to make that increase permanent and give some assurance to millions of low income families.”

“Today, at PMQs the prime minister had the opportunity to address the devastating and unjustified restrictions being forced upon hospitality during what should be the best month of the year, but he did nothing. The Chancellor at his spending review had the opportunity to right a past wrong – that breweries have suffered the hardest during this crisis and received little or no direct support. Both failed in their duty to take these opportunities.

“SIBA will continue to work with other trade and consumer bodies to press the government to see past the narrow view they are taking on coronavirus and address the wider damage they are doing to jobs, businesses and the irreplaceable culture of the UK’s pubs and breweries.”

“The Spending Review did little to spell out support for food and farming. As the country’s largest sector, employing one in seven, and contributing between a third and a quarter of greenhouse gas emissions, this was an opportunity to put investment in good food and farming as part of measures to build a green economic recovery.

“The commitments, including £1.5bn for a UK Shared Prosperity Fund, and a £4bn levelling-up fund for local areas, could provide investment in training and to rebuild local food infrastructure, and do so in a way that is good for jobs and the environment. But much more detail is needed in how, and whether, those working in food and farming can tap into this.”

“The Chancellor has claimed that the spending review announced today ‘has funded the priorities of the British people’ but it seems the one million people that called for an #EndToChildFoodPoverty to be a priority have been forgotten. Some welcome announcements have been made already on free school meals and holiday support into 2021 but further recommendations to protect children, families and individuals living in food insecurity have not made the cut. Charities and community groups will need to continue plugging the gaps left by government and therefore we can only agree with the Chancellor that this budget is ‘a work unfinished’.”

“It’s extremely worrying that this spending review gave no hope for over one million children currently excluded from eligibility for Free School Meals. We must all hold Rishi Sunak to his promise to do more to support the most disadvantaged families in the Spring Budget. Meanwhile the Soft Drinks Industry Levy continues to raise much-needed revenue for children’s health – around £336m in 2019/20 and this spending must be transparently accounted for. We will immediately seek clarification from the Treasury that this has been properly allocated as part of spending plans.”

“The Chancellor said this review was all about ‘jobs, jobs, jobs’, but has forecast that, despite the measures he has revealed, the UK will see 2.6 million unemployed by Q2 next year. It is incomprehensible how he can say that on one hand, but then ignore the cries of crucial sectors of our economy, particularly the retail and leisure/hospitality sectors, who need clarity over whether they will facing massive business rates rises again in April next year, once their Covid-19 business rates ‘holiday’ comes to an end.

“It’s also worrying that the Chancellor has not mentioned a timeline for when he will announce on the ‘rates issue’. Although the statement today was not a tax review, it is inconceivable if he feels he can wait until the March Budget to discuss changes to the business rates system. By then many retailers will have made their plans for the forthcoming year and many of these will include closures and job losses in anticipation of the big bills coming through the letterbox.”

“We are also disappointed there was no mention of any form of business rates reform – despite promises that we would hear about that this autumn.”

“We are pleased to see the government providing significant funding to support the UK in moving towards net zero and to help us meet our energy and environmental commitments.

“However, we are deeply concerned about the Chancellor’s announcement of a pay freeze for many working in the public sector.

“Our members working for local authorities have been at the heart of the Covid-19 pandemic response, after doctors and nurses. They have also worked tirelessly to ensure that restrictions are adhered to, businesses can re-open safely, as well as supporting their communities to deal with issues around noise, housing, food safety and other health and safety aspects.

“Having previously praised the work of environmental health professionals during this pandemic, the decision by the government to now freeze their pay is both confusing and questionable.”