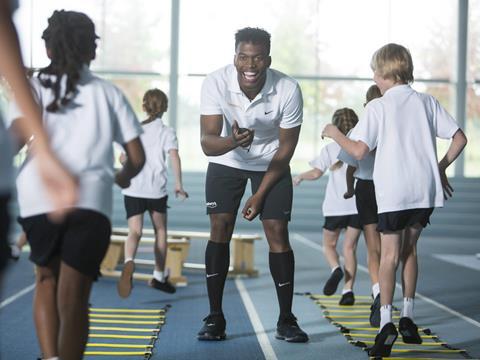 Daniel Sturridge is help get kids active with Sainsbury’s

Sainsbury’s has netted top soccer ace Daniel Sturridge, striker for both England and Liverpool, as a company ambassador.

Sturridge will front campaigns for the grocer aimed at inspiring children to participate in sports and eat healthily, including the Active Kids scheme, in which Sainsbury’s has committed to get 20 million children active by the end of the decade.

He will also help support a range of the brand’s wider healthy lifestyle partnerships including Sport Relief, the Sainsbury’s School Games and Sainsbury’s Summer Series with British Athletics.

The Active Kids voucher collection scheme has brought more than £150m of equipment and experiences to schools and organisations across the UK since 2005.

Tara Hewitt, Sainsbury’s head of sponsorship, said: “Our ambassadors are a key part of our commitment to get 20 million kids active by 2020 and make a positive difference in the communities we serve.”

Sturridge said he was proud to be partnering with Sainsbury’s to give children all over the country the opportunity to lead healthier lifestyles.

“I remember the launch of Active Kids in my school and the difference it made to our PE lessons and look forward to seeing even more children benefit from it,” he added.