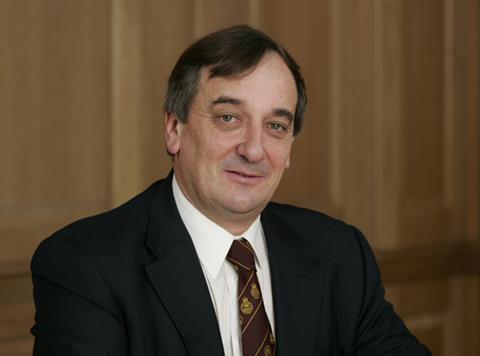 Meurig Ryamond is taking over from Peter Kendall at the NFU

Meurig Raymond is the new president of the National Farmers Union, taking over from Peter Kendall.

Raymond was elected president by the union’s council at the NFU Conference in Birmingham on Wednesday (26 February). He was one of two candidates running for the post, alongside NFU vice president Adam Quinney.

Raymond was widely expected to win the race, having served as deputy president to Kendall since 2006. During the run-up to the elections, Raymond stressed the importance of ensuring the UK’s food security. “Top priority must be food security and recognition along the food supply chain of the low returns to farmers, particularly when our farmers produce to the highest possible standards,” he said.

Raymond runs a mixed farm with his twin brother, Mansell – the chairman of the NFU’s dairy board – in Pembrokeshire.

A tenant beef farmer, Batters was instrumental in developing Great British Beef Week with retailers and is a founder member of Ladies in Beef, a group of women livestock farmers. Following the election, Batters tweeted:

It is a massive honour to be elected by Nfu Council as DP - I will give 100% to repay the confidence shown in me. Thank you.

Meanwhile, Guy Smith – who runs a mixed farm in Essex – is the NFU’s new vice president. Following his election, he tweeted:

A different day dawns. I must pay tribute to the hard work of @ACQuinney over the last two years. He is a great ambassador for our industry.

To all those who have tweeted me support and thanks - humble thanks to you. I am shocked and stunned.

More on the NFU conference: Supermarkets can still do more to back British food