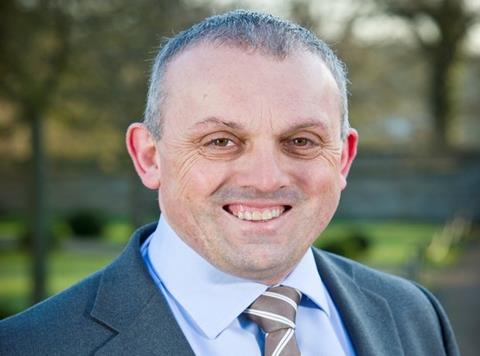 The body works to promote, develop and unite member-owned businesses - from high street retailers to housing co-ops. In total business that fall under the umbrella of the organisation have sales of £34bn to the UK economy.

The COO role is a newly created position and Turton will work closely with secretary general Ed Mayo.

Turton worked in a range of senior roles at Nisa over 23 years and was chief executive from 2007 to 2015.

During his time at Nisa, Turton led the revamp of Nisa’s own-label products, introduced new store formats, and preserved Nisa’s mutual business model in the face of a number of takeover bids from both within and outside the grocery sector.

After leaving Nisa, Turton spent six months as joint MD of Him! International. He then took up the role of trading and marketing director with the ultimately doomed My Local convenience chain, which collapsed last June. He remains a board member of the Association of Convenience Stores.

“The co-operative sector is diverse, with major brands like the Co-op and Arla sitting alongside local community owned pubs and football clubs,” said Turton.

“I know well from my years at Nisa the immense benefits that co-operative businesses large and small can bring to their members, and the chance to strengthen and grow the co-operative economy is one I look forward to with relish and enthusiasm.”

Ed Mayo added: “We are delighted to have recruited someone of Neil’s calibre. Not only will he bring operational know-how and commercial acumen, but his experience in the retail sector and leading a large mutual business make him the perfect candidate for this senior role. Neil’s addition will help us make an even bigger impact in supporting and advocating for co-ops across the country.”