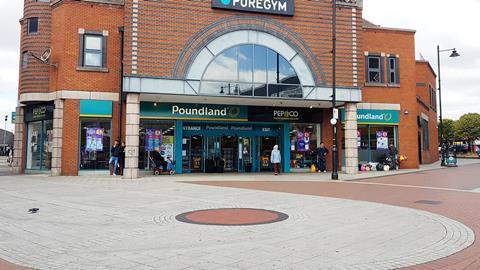 Is the future for Poundland a multi-price model?

A multi-price model was blamed for Poundworld’s collapse last year. Now Poundland is moving in the same direction, trialling lines from 50p all the way up to £10 in the Midlands

When Poundworld fell into administration last year, it was accused of having strayed too far from its single-price model.

The prices were “all over the map”, a Poundland source said at the time, causing customer confusion at the checkouts. After all, isn’t there a price promise in the name of the shop?

Yet now, Poundland, whose banner not so long ago said “everything’s £1”, is also straying further from that promise.

In fact, Poundland hasn’t truly been a pound shop since 2017, when it introduced £2 and £5 lines. And since then there has been the rollout of multi-price Pep&Co clothing “shops in shops”.

Still, 90% of products were guaranteed to still cost £1, until last month, when Poundland announced a “new pricing structure”. To the existing price points would be added £1.50, £3 and £4, along with sub-£1 lines, dispensing with the need for multi-buys.

So cautious was Poundland that it wouldn’t reveal the list of the 24 shops across the Midlands engaged in the trial, save for Walsall, which The Grocer visited.

The store looks like any Poundland. The banner promises “Amazing value every day” and the first aisle customers arrive in contains a limited chilled range followed by health and beauty.

But on the other side of the store, towards the end of the customer journey, the extent of the transformation is revealed. Whereas 2017’s new price points were billed by MD Barry Williams as a way to expand general merchandise, this latest trial is entirely about fmcg - so far at least.

Poundland transformation director Mat Ankers says there will be new GM ranges, but not until next year thanks to longer lead times on new lines. In grocery, Ankers won’t reveal how many new lines have been added. “I’m not sure we want to say because it’s still a trial,” he says. But it’s clear the expansion is extensive, and this is the trial’s current focus. The aisle is for the first time clearly signposted for what it is, with an overhead banner saying “grocery” instead of the more usual “£1”. 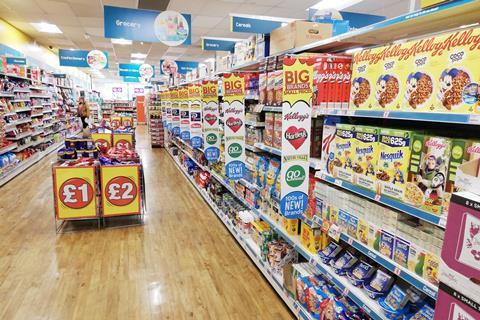 The grocery aisle is now clearly signposted with an overhead banner 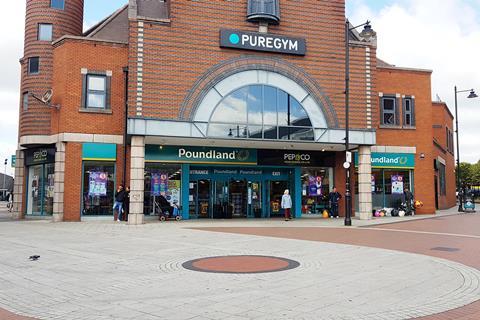 Poundland has moved away from its “Everything £1” mantra 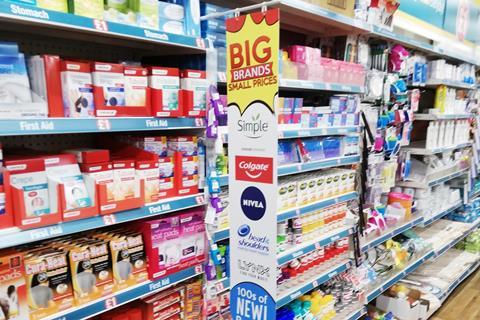 The new structure will allow Poundland to expand its range 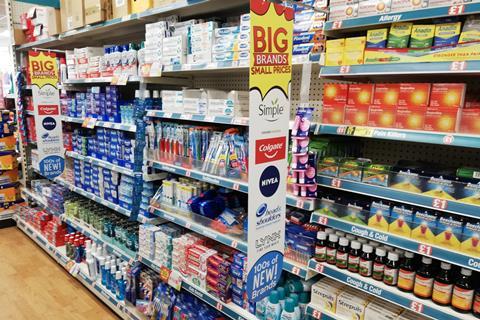 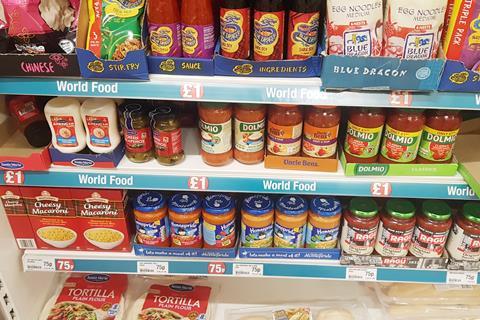 Jars of pasta and curry sauces remain at £1 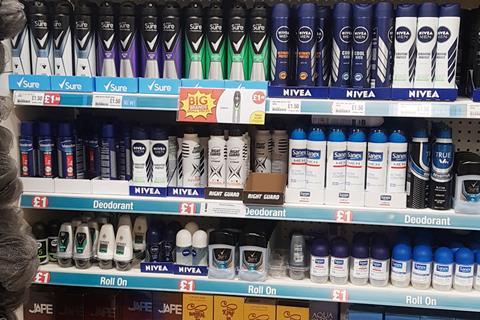 Deodorants will now be sold at a price of £1.50 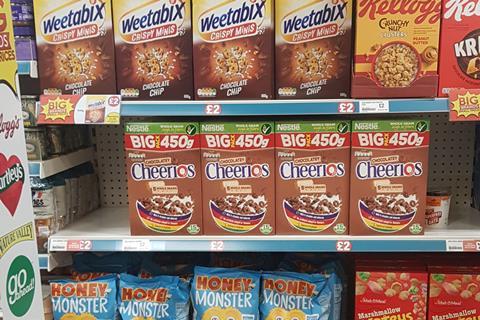 Branded cereals are being sold at £2 per box

The trial is a vehicle not just to introduce additional fmcg lines at the new price points, but also at existing ones, says Ankers, with a focus firmly on brands. There are more branded cereals, including Chocolatey Cheerios, Kellogg’s Crunchy Nut Clusters and Honey Monster Wheat Puffs for £2. There are also Cup-a-Soups and tins of Heinz Baked Beans at 50p and new tins of Napolina tomatoes at 75p, lines which would have previously needed to be combined into multi-buys.

Products at the new higher price points include a £3 four-pack of tinned John West Tuna, the “biggest-selling volume item” in grocery according to Ankers. “This is about what customers want to buy,” he adds.

Multi-packs are clearly another motivation for the move. In household, Poundland is now free to sell bulk boxes of Ariel, Fairy and Bold washing powder for £10 each. There are also new Persil bottles for £5.

When Poundland announced its price move last month, analysts said it could bring it in closer competition with discounter grocers Lidl and Aldi. Ankers admits that’s the case, if not the motivation. “We absolutely understand what people love about Poundland and that isn’t just about a pound, it’s about simplicity and the clarity we give them on value,” he says. “This is about becoming a better version of Poundland.”

The fact is, this move has probably been necessary. Although Poundland would be unlikely to admit it publicly, The Grocer revealed last month it had demanded discounts from suppliers, in a letter blaming fixed price points and a resulting inability to manage ‘margin through price increases’.

But is this the right way forward? Lidl and Aldi are destinations for the grocery shop, usually with car parks. Are people going to leave Poundland lugging a £10 box of detergent down the high street?

Answering these questions is the job of the trial, says Ankers. “The £5 detergent sells exceptionally well - that’s been a learning,” he says. The even bigger packs represent “the best value per wash on the market”.

“Is that what a customer wants? That is part of the trial.”