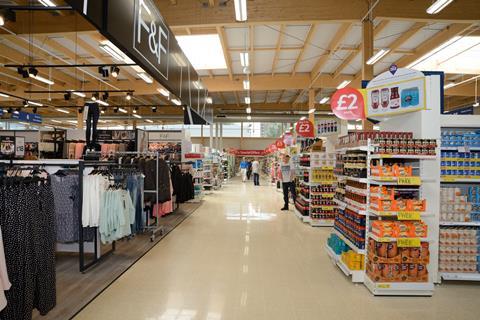 Supermarkets have slashed promotions across multiple categories as they battle to manage demand.

Tesco - which on Wednesday told customers all multibuy promotions had been removed - ran 784 fewer promotions last week than in the week before, according to Assosia data. At Asda the count was down by 438 and at Waitrose promotions fell by 1,886. Sainsbury’s and Morrisons have also been running fewer promotions, but have not cut them as severely.

Since the start of the month, Tesco’s promotion count has fallen by 14%, Waitrose’s 53%, Ocado’s 11% and Asda’s 11%. Morrisons has increased promotions by 7% since the first week of March, while Sainsbury’s count is unchanged.

Ocado ran 83 fewer promotions last week, but that came after 1,095 deals were removed from its website the week before. The online grocer has written to several suppliers to say it is removing all promotions set for April to “better regulate demand/bulk ordering”.

Multibuys have already been dramatically culled at Tesco, accounting for 591 of the slashed promotions. The count has now been reduced to zero.

“In the current climate, when we have a limited amount of stock, promotions such as multibuys are irresponsible,” the supermarket said.

“It means some products have gone back to their pre-promotion prices.”

In a letter to suppliers seen by The Grocer, Tesco said all current and future shelf promotions would be removed.

“As we review how we can best support our customers, store colleagues, and supply chain to ensure the best availability possible, we have had to respond with urgency,” the letter said before laying out the changes.

“Please be reassured that these decisions have been taken as a necessary measure to preserve our service for customers during uncertain times,” the letter stated.

The Grocer understands some suppliers have been asked to move to an EDLP position for up to six weeks, to support shoppers unable to buy at the higher price. One supplier said the move put it under considerable strain, as its costs had gone up, “while Tesco took the acclaim of helping consumers”. The source added that other retailers had not made similar requests.

“We’re constantly working with our suppliers to ensure we’re doing all we can for customers at this uncertain time,” a Tesco spokeswoman told The Grocer.

Across most supermarkets, the biggest cuts to promotions have been made in the fresh food and food cupboard categories. At Tesco, Waitrose and Ocado, the promotion count was significantly lower last week than in the same week a year ago.

The promotion removal process comes as an increasing number of Brits say they are concerned about prices in supermarkets. More than double (34% vs 14%) the number of consumers surveyed by YouGov said they believed coronavirus would have a long-lasting impact on the cost of food shopping this week, compared with a week ago.