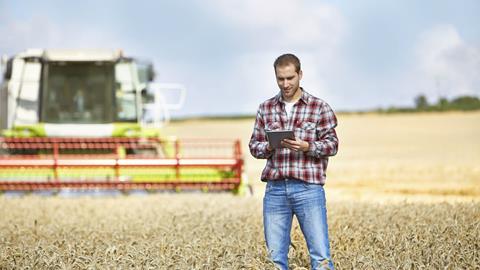 How blockchain is turning back the tide on food waste

As regulators begin to get tough on food waste, technologies such as blockchain are offering solutions to a previously intractable challenge.

It’s a depressing fact but one that bears repeating over and over again – of all the food produced in the world for human consumption roughly one third is never eaten.

Few environmental crises have the ability to provide as shocking statistics as food waste. If the total global annual emissions from food waste (around 3.3 billion tonnes) were released by a single country, that nation would be the world’s third largest polluter behind China and the United States.

And the cost is not just to the environment. Food that is produced but not sold, or purchased but not consumed, is a drain on financial resources. The Department for Environment Food and Rural Affairs (DEFRA) estimates that 10 million tonnes of UK food and drink are wasted annually after the farm gate, worth around £20 billion.

In this context, it’s hardly surprising that pressure is increasing on businesses to contribute towards the UN Sustainable Development Goal 12.3 target, which seeks to halve global food waste at consumer and retail levels by 2030.

Governments, who in the past have largely viewed food waste as a problem for businesses to solve, are beginning to take a more active interest in the issue. In its recently published Waste and Resources strategy, the UK Government set out a proposal to make food businesses report annually on the amount of food waste they generate, alongside plans to consult on new powers to set mandatory food waste prevention targets.

Now more than ever food businesses need to get to grips with the causes of food waste and take steps to solve them, or pay the financial and reputational price of inaction. 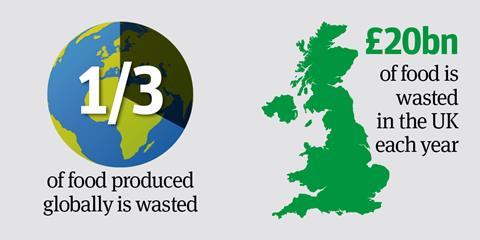 There is growing optimism that new blockchain technology could provide one such solution. By enabling greater visibility over the entire supply chain operation blockchain can generate the business intelligence that leads to better decision making and ultimately less waste.

Take the example of an apple – a robust yet diverse fruit which has a post-harvest life of up to a year but in common with most fruits and vegetables has a high rate of wastage.

At a field-level, between 5-25% loss is common, often due to weather or disease but also due to poor supply chain management practices – a lack of communication, for instance, on whether the crop is ahead of or behind schedule.

More significant losses (5-25%) occur at the grading stage with fruit being out of specification for size, quality or appearance; while up to 8% loss can occur during storage and packing where appropriate control technologies may not be in place resulting in bruises and mechanical damage.

Retail losses, while relatively small, can still occur due to overstacking of displays or poor demand forecasting if, for example, promotions on other fruits are cannibalising sales of apples.

For many years these losses have been absorbed as a necessary cost of keeping shelves full and consumers happy. But what if blockchain technology enhanced by IoT devices and AI computing could reduce losses to near zero?

Blockchain is a secure digital ledger which allows information to be shared in real time both backwards and forwards along the supply chain from the farm field to the supermarket shelf. It means that, in theory, the silo working and guesswork that characterises a largely paper-based food supply chain will be greatly reduced.

What does that mean for a crop of apples? It means the fruit could reach the shelves in the right quantity and at the right quality to maximise sales and minimise waste.

Farmers could upload data on growing conditions, communicating well in advance to buyers a bumper, early crop or a smaller than expected yield.

Optimum storage temperatures could be recorded for different varieties of apple, enabling handlers to store the product in the way that best prolongs shelf life.

IoT sensors could track the journey of apples along the supply chain allowing buyers and sellers to know precise, real-time inventory counts. If Gala apples are flying off the shelves in Yorkshire, suppliers in Kent could know immediately and increase orders.

AI-generated insights could tell retail buyers how the price and appearance of apples is impacting sales, enabling them to accurately forecast demand and automatically place shipment orders at each location in the supply chain.

Blockchain technology can also remove some of the risk and uncertainty from sudden, unexpected events. Take the example of a product recall on food safety grounds. In a paper-based supply chain, the length of time taken to identify the root of the problem means that risk prevention measures would have to be taken, resulting in huge batches of perfectly good produce being destroyed at the cost of millions of pounds.

With blockchain technology, access to end-to-end traceability data would reveal the provenance, real-time location, and status of any product batch whose data has been uploaded with the effect that the scope and impact of a recall is massively reduced.

Blockchain is still an emerging technology and it will require more widespread adoption and a larger body of farm-to-fork research to determine just how transformative it will be for food supply chains.

But for businesses under pressure to take decisive action on food waste, the opportunity to help solve one of society’s most urgent challenges may be too good to throw away.