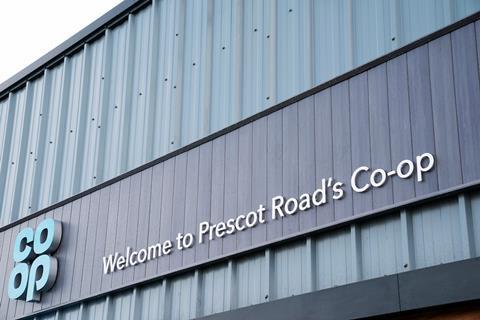 The Co-op has opened its third franchise store this year as part of its mission to double the franchise estate by the end of 2021.

The store is owned by independent retailer Stephen Richards who previously operated the site under the Spar fascia. It  has been extended and transformed into a 3,000 sq ft Co-op in St Helens, Merseyside, adding up to its 17th site overall.

The store will offer a comprehensive range of fresh produce, ready meals, pizzas and wines, as well as Fairtrade, free-from and vegan products.

It will also boast an in-store bakery and a large food-to-go proposition to serve the nearby college including sandwiches, healthy snacking, Costa coffee, hot food, Dots doughnuts, along with Tango Ice Blast, which is due to be added soon.

“We’re delighted to welcome Stephen and his store to the Co-op family, which is testament to the compelling franchise model we can offer independent retailers,” said Co-op head of new channels Martin Rogers.

“Located in a great community and opposite a large sixth form college, this store is going to help us reach a younger demographic and help drive awareness of the Co-op values to new audiences.”

“It looks fantastic and we are looking forward to welcoming the community into their new store, where we have worked to develop the range, choice, products and services locally that will create a really compelling offer in the community.”

Rogers added: “Our franchise offering has gone from strength to strength as we focus on generating mutual value with forward-thinking like-minded partners and our expertise and learnings in this area are helping us access new markets all over the country.”