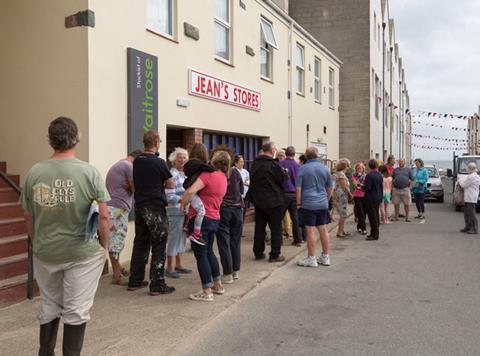 Waitrose is ramping up its distribution in the Channel Islands after reaching a supply agreement with a local retailer in Alderney.

The Alderney Farm Shop and the recently opened Jean’s Stores, owned by dairy farmer Michael Cox and his family, will receive deliveries of more than 2,600 Waitrose own label products including pasta, table sauces, fish, desserts, herbs, fruit juice and cheese.

Home to just under 2,000 people, the island is three miles long and one and a half miles wide. The deliveries will be made once a week from Poole using temperature controlled containers.

Cox and his daughter Hannah approached Waitrose after the retailer began supplying a similar operator on sister island Sark last month. Due to Sark’s car ban, the products are delivered to the store on a tractor-drawn cart

“They’re one of the only supermarkets that are actually doing it right on the islands,” he said.

“This range of products has not previously been available to Alderney residents without having to book a trip to Guernsey first. As a retailer, this will make a huge difference to our offering on the island.”

Both stores measure in at less than 1,800 sq ft which is considerably less than the smallest Little Waitrose branch at London’s Kings Cross station which occupies 2,500 sq ft.

Waitrose agreed the range of lines it will be offering following a consultation with Alderney residents to ensure its offer is appropriate.

“After receiving such a positive reaction to our products in Sark’s Food Stop, we were very keen to offer Alderney the same opportunity.” said Waitrose business to business director David Morton.

The retailer also has its own stores on Jersey and Guernsey.