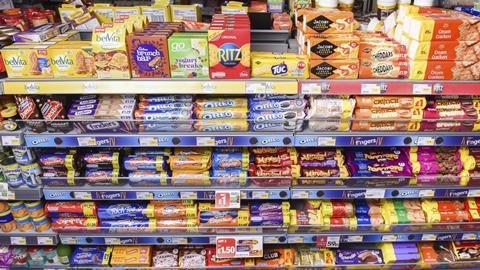 Will the HFSS laws – and obesity strategy – survive the new delay?

Industry got its wish this week as parts of the HFSS legislation were pushed back for a year. So where does it leave the obesity strategy?

When ministers published the final guidance for a clampdown on HFSS promotions four weeks ago, industry hopes of a delay to the biggest shake-up on shelves in decades looked in tatters.

But if a week is a long time in politics, a month must be an aeon. At the weekend, after days of renewed speculation, came the backtrack many in the industry had called for – or at least part of it.

With the governor of the Bank of England warning of “apocalyptic” food price rises and inflation soaring to 40-year highs, proposals for a ban on volume promotions and restrictions on junk food advertising were both shelved for 12 months as ministers took safeguards against the cost of living crisis.

So where does it leave the obesity strategy, and what should retailers and suppliers be doing now?

Many, both within the industry and among health campaigners, are privately convinced the delay will end up permanent – even though a ban on HFSS products in prominent locations, due to come into force this October, remains in place.

Caroline Cerny, lead at the Obesity Health Alliance, says: “I would have been more confident if it had been a delay of three months, or even six months. But a delay of a year, bringing us nearer to the next election, makes me worried they will try to backtrack altogether.”

But industry groups have been urging such a rethink for months, with the FDF warning the promotions ban will “pile inflation on inflation”. FDF CEO Karen Betts says the latest inflation figures, showing food and non-alcoholic drink prices rising by 6.7%, prove it is “vital” for minsters to look at every way possible to reduce the cost of new regulation on the industry.

In July last year, a report by the federation warned Brits would see £160 a year slapped on their annual shopping bills due to the proposals on obesity and the war on plastic.

And it has not gone unnoticed that on the day details of the backtrack were leaked, health secretary Sajid Javid and environment secretary George Eustice met with Betts and senior FDF members to discuss ways the industry could help promote healthier diets. The federation insists the meeting had “long been in the diary”.

“This is quite obviously a sop to the industry from the government, and that’s the reason it’s the health groups and NGOs shouting and screaming whereas all the trade bodies – except the ACS – have welcomed the move,” acknowledges one industry source.

It’s not just the economic situation that seemingly has ministers rattled, though.

U-turn if you want to: what’s changed?

Last month’s launch of a legal challenge against the HFSS proposals by Kellogg’s is also seen as highly significant. Kellogg’s claims the Nutrient Profiling Model, used to decide which products are in scope of both the promotions ban and ad clampdown, is unfit for purpose. The Grocer understands a raft of other companies are closely monitoring the legal bid.

“If this is a victory for anyone, it’s a victory for Kellogg’s,” says another source. “It’s clearly scared the sh*t out of ministers, who realise the legal basis behind the ban is very shaky.”

Lawyer Dominic Watkins, head of consumer sector at DWF, believes: “While well intentioned, the HFSS rules would have been difficult to apply, with the industry likely struggling to navigate them due to crucial definitions missing, and confusion on where they apply.

“The final guidance only compounded the situation. A U-turn on these well-intentioned rules will allow the industry to focus on reformulation and other measures that are in everyone’s best interest.”

However, other leading figures argue it would be wrong for industry to assume this u-turn means a return to business as usual.

According to IRI, the location restrictions are a far more costly element of the HFSS clampdown for stores than the delayed multibuy ban. The former accounts for 95% of the overall impact on instore sales, and the latter 5%, says IRI strategic consultant Joe Harriman.

“As an example, categories like ready to eat cereal have very few multibuys, so this delay on volume promotion restrictions will not really alter the outcome of HFSS in-store restrictions on cereals,” says Harriman.

“With such a large portion of the impact coming from the location promotion space, it’s crucial that brands continue to understand the effect this will have and plan accordingly.”

Given how the mults have been investing in trial HFSS locations and new uses for aisle ends, “there may be relief in some corners that the government hasn’t made changes to this part of the HFSS legislation while we’re less than five months away from implementation,” Harriman adds.

The row back also looks unlikely to halt a wave of reformulation, as illustrated this week by Mars’s plans for a non-HFSS confectionery range, the first major response to the new laws by one of the big three confectionery giants.

“With obesity rates rising, urgent change is needed, even if enforcement is delayed,” she says. “Rather than waiting for legislation to force their hand, responsible retailers and food manufacturers must use their influence to ensure healthier decisions become easier and incentivised.

“For example, in-store changes can help nudge consumers towards healthier choices – and the industry must curb promotions which encourage shoppers to buy excessive volumes of unhealthy products.”

Tesco, which is among retailers to have been trialling HFSS-compliant aisle ends in preparation for the October ban, this week launched a new ‘Better Baskets’ campaign to nudge consumers to ‘healthy zones’ in its stores.

Its Better Baskets campaign will signpost foods high in fibre, plant-based options, low & no alcohol, snacks under 100 calories and products that were in reusable packaging. Tesco says its research shows 86% of customers wanted to eat more healthily and 77% wanted the help of supermarkets to achieve it.

Tesco’s campaign is fronted by celebrity chef Jamie Oliver, who is once again on the war path against the government, following his leading role in getting George Osborne to approve the introduction of the soft drinks sugar levy.

Oliver has headed an open letter signed by dozens of charities and campaign groups, telling Boris Johnson that in rethinking the promotions legislation he has “thrown away [his] right to claim England is world-leading in its policies to promote children’s health”. 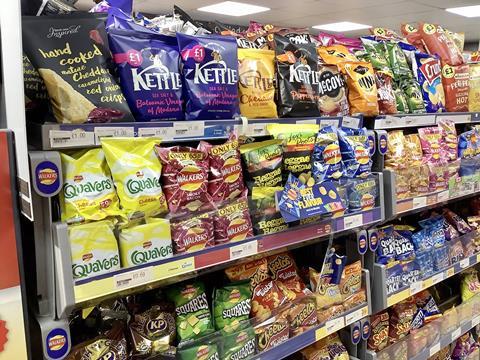 “We once again urge government to rethink these regulations, and properly consider the implications for retailers and consumers,”

Oliver’s spokeswoman says: “We’re definitely worried the government plans to scrap these measures altogether. A lot of people are celebrating like it is an end to the policy.”

Meanwhile, for some in the industry, last week’s moves don’t go far enough.

The U-turn has also put the government on collision course with the very person brought in to draw up the government’s National Food Strategy, Leon restaurant founder Henry Dimbleby.

A co-creator of the bogof ban and the advertising clampdown, which featured in Part 1 of his report, he accused ministers this week of an “extraordinary” climbdown.

However, Dimbleby also admitted that the current financial climate meant there was no chance the government would back his proposals in part 2 of the strategy, for new taxes on products high in sugar and salt.

With speculation the government’s promised white paper response to the strategy may now not emerge until after the summer recess, with the focus in government more likely to be on tax cuts than measures to make food more healthy or sustainable, last week’s event may not be the only backtrack.

The ACS estimates the imminent HFSS location restrictions will cost convenience stores £13,000 on average, and much more for larger stores, a cost which will inevitably be passed to consumers just as food prices and energy costs are already “skyrocketing”. It also points to ongoing confusion over exemption for retailers with fewer than 50 employers, and how that applies to symbol operators.

“We once again urge government to rethink these regulations, and properly consider the implications for retailers and consumers,” says ACS CEO James Lowman.

It would take a brave person to bet against a government rethink on virtually any policy in today’s political maelstrom, where nothing, it seems, is set in stone until it happens.