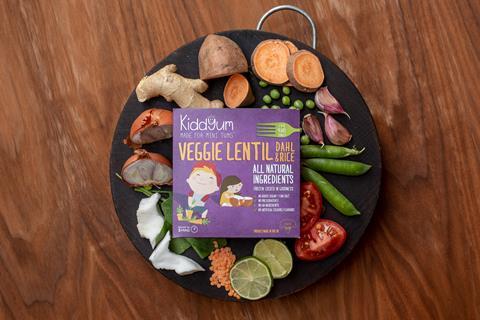 Emergency rescue talks are taking place to secure the future of kids’ frozen food brand Kiddyum after it was placed into liquidation last week.

Discussions between liquidators and interested parties are ongoing to save the brand and its retail listings, The Grocer understands. A deal could be finalised any time this week and conclude by Friday, according to sources close to the process.

Kiddyum ran into financial trouble in July, despite selling a 40% stake in the company to potato supplier Albert Bartlett in November 2019 and strengthening its position in convenience in May this year with the expansion of Co-op listings to 400 stores and launching in Nisa.

The business, which was founded in 2011 by Jayne Hynes, also has long-time listings with Sainsbury’s, where it rolled out in 2015, and Ocado.

However, the company had always struggled to trade profitably since its incorporation, according to a letter – seen by The Grocer – by liquidator JT Maxwell.

Hynes did not respond to a request for comment from The Grocer, but has since released a statement on LinkedIn, which said the liquidation “all happened very quickly indeed”.

She added there had been a recent sales uplift in Sainsbury’s following a new, lower selling price of £1.75, down from £2, for its six-strong range of healthy frozen ready meals aimed at children aged one to four.

“Eight years of my life went into it,” she said. “Listings in four supermarkets, with more to come and new amazing products on the horizon. Co-op, Ocado, Sainsbury’s and Nisa contracts are all well-resourced and the products should fly.”

Hynes added: “Retailers and exporters need not worry as Kiddyum the brand has just had a fabulous rebrand and the meals (and the new ones) are better than ever. The liquidation was a shock to all, but the new owners will see it fly.

“I am not able to tell you the ins and outs as to why this all happened, but the brand is strong.”

Talks are still ongoing with the liquidators and potential buyers of the assets, but a deal is expected to be finalised this week, The Grocer understands.

Kiddyum had obtained funding from a number of sources to help cover the costs of completing its retail listings, the letter written by JT Maxwell revealed.

“In more recent times the company required additional funding to help cover the increased overhead costs of honouring the current obligations,” it added.

“However, the director has exhausted all possible avenues and has been unsuccessful in obtaining further finance, which is critical for the company to continue trading.”

The letter added that the coronavirus pandemic also resulted in the delay of new products being listed.

Despite the company being placed into liquidation, the brand’s meals continue to be listed on Ocado and Sainsbury’s online at the time of publication.

Frozen food has been one of the big winners during the Covid-19 crisis more generally. A category report by The Grocer in May showed supermarket sales of frozen food leapt by £194.8m, a rise of 16.1%, in the 12 weeks to 18 April [Nielsen]. Unit sales were up 12.4%, meaning an extra 82.2 million packs of frozen peas, fish fingers, chicken nuggets and the like went through the tills as shoppers stocked up their freezers during lockdown.

JT Maxwell and Albert Bartlett did not respond to a request for comment.