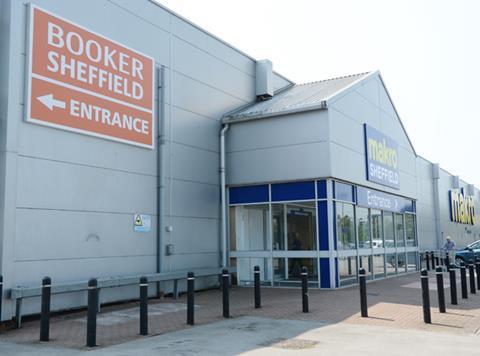 Shares in Booker Group (BOK) fell 3.3% to 160.8p today after the wholesaler revealed a group-wide like-for-like growth of 0.4%

Booker called its first quarter performance “solid”, as total sales grew by 0.2% and non-tobacco like-for-likes (including Makro) rose by 1% in the 12 weeks to 19 June.

Like-for-like growth in the non-tobacco‎ lines was 1%, but was dragged back by a tobacco LFL sales decline of 0.9%.

The broker noted this is the first time Booker has reported LFL sales including Makro, and on an equivalent basis management said the average non-tobacco LFL through Q2-Q4 2015 was 0.9%. Shore said this figure “gives us comfort that trading has been in-line with expectations and recent trends”.

Booker said it remained on course to meet expectations for the year ending 25 March 2016.

Charles Wilson, chief executive, said: “Booker Group continues to make good progress. Our plans to Focus, Drive and Broaden Booker Group are on track. We continue to enhance choice, price and service for our retail, catering and small business customers.”

It highlighted delivered wholesale businesses Booker Direct, Chef Direct, Classic and Ritter as having “a good quarter” and said sales in India are continuing to make progress.

Another potential reason for Booker’s weak share price performance today was the Chancellor’s confirmation that Sunday trading laws are to be reviewed.

Shore Capital said that extended the trading hours of larger supermarkets and superstores may lead to “serious additional competition in hours where they currently have none”.

“Such an outcome could be a new challenge to independent retailers that Booker supply,” Shore said.

Booker shares are up 18.9% year-on-year, but have slipped since hitting an all-time share price high of 184.4p last month.