BrewDog profits slip as it invests in boosting capacity 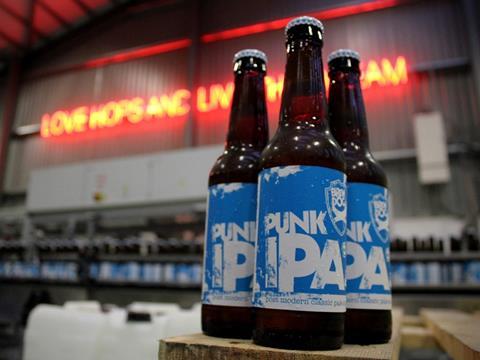 Self-styled ‘punk’ brewer BrewDog has seen another 50%-plus jump in revenues, but profits fell back after a year of big investments to boost its brewing capacity.

The fastest-growing company in The Grocer’s Fast 50 reported another year of stellar growth, with revenues rising 51% to £44.7m in the year to 31 December 2015.

BrewDog said this growth figure would have been higher “if we had the capacity to meet demand for our beers”. The 51% growth was down on its average annual growth rate of 69% over the past five years. The brewer said it had concentrated on putting in place the capacity, workforce and infrastructure to underpin the next five years, including a £20m investment in its Ellon brewery in Scotland.

“We are now in a position where we have 1.5 million hectolitre of brewhouse capacity,” its annual report this week stated. “Our 2015 output was 134,000hl, so we now have capacity to burn.”