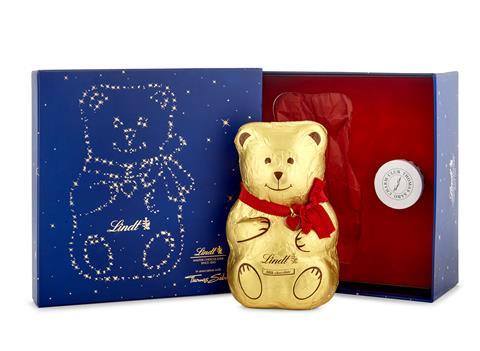 A particularly strong performance in the UK has helped propel sales at Lindt & Sprüngli to more than CHF 4bn Swiss francs (£3bn) for the first time in its 175-history.

The Swiss chocolatier said in a pre-close trading update that group sales increased 4.8% in 2017 to CHF 4.1bn, with organic growth of 3.7%.

Problems at Russell Stover, which it acquired in 2014, dragged on growth, which would have been 5.9% excluding the US business, Lindt added.

Currency fluctuations helped the group during the year thanks to a stronger euro, but 3.7% growth was below its long-term strategic growth target because of the modest performance in the US.

The Lindor and Excellence ranges have helped Lindt – along with a raft of new store openings – to double-digit growth in the UK in recent years. And as The Grocer reported in December, the posh chocolate brand almost doubled its number of promotions in the supermarkets in the run-up to Christmas.

“For the first time in its history of almost 175 years, Lindt & Sprüngli achieved sales worth CHF 4 billion Swiss francs,” the group said in today’s trading statement.

“Besides gaining significant shares in almost all markets, Lindt & Sprüngli once again grew faster than the overall chocolate market. Given the challenging conditions, such as largely saturated chocolate markets, a changing retail landscape and growing pressure on prices, this represents a good performance.

“The results achieved in Europe and the rest of the world segment are particularly worth mentioning, as is the development of the group’s own retail network, which continues apace and reached sales worth half a billion for the first time.

“Despite weaker results in the USA, Lindt & Sprüngli remains on track in the world’s largest chocolate market and during the last financial year set the foundation for further profitable growth.”

In the North America, Lindt saw sales decline 1.6% in 2017 as a result of the challenging US market.

“A highlight in the region was the outstanding result achieved by Lindt Canada, which achieved double-digit growth,” the group added.

Full details of the annual results will be published on 6 March 2018.