Salad supplier Kanes in turnaround after plunging to £9.8m loss 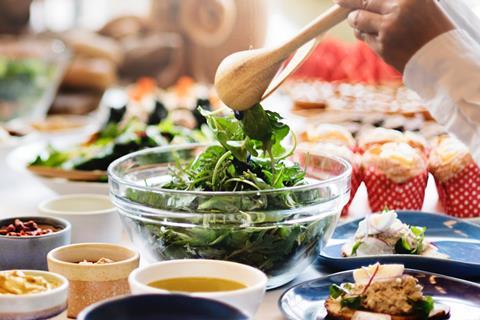 Own label salad bowl and prepared vegetable supplier Kanes Foods has declared its turnaround on track after losses plunged to £9.8m in the year to March 2018

The supermarket supplier saw losses deepen from £7.5m the previous year as it was hammered by cost inflation, rising labour costs and the weak pound. Meanwhile, sales rose 5.7% to £114.7m during the period.

The business said it was now back in line with turnaround plans after “aggressive cost-cutting”, despite suffering “one of the worst summers in recent history” in 2018.

“In the face of accumulated inflation, significantly improved prices have been secured with all customers, taking effect from January 2019, along with extended surety of supply.

“Together with a new business win since the year end, Kanes now has a highly secure position,” it said in recently filed accounts.