The society, which opened 16 new stores in the year, said its like-for-like food sales were up 1.6%. 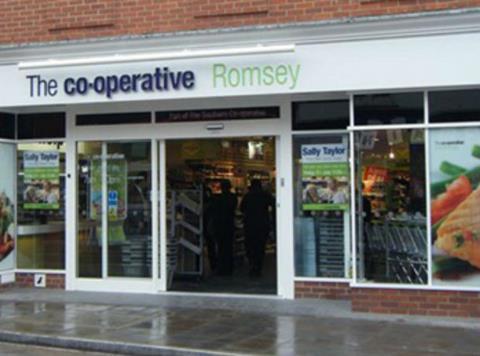 The society contributed £1.26m to communities across the south in 2017

Chief executive Mark Smith said the margins the organisation earned in 2017 were offset by cost increases “beyond its control,” such as the apprenticeship levy and the national living wage.

The society contributed £1.26m to communities across the south in 2017 - an increase of almost a quarter (24%) on 2016’s figure, and as part of its sustainability efforts removed 26.5m teaspoons of sugar from its own brand breakfast cereals, flavoured milks and pizzas.

“We are pleased to have achieved another year of growth in our business,” said Smith. “Amongst other highlights in the year, we have built a strategic partnership with COOK, the highly-regarded specialist frozen food business, following the introduction of items from its range into a number of our stores, and we will grow this further next year. This was also the first full year of operation for our community engagement strategy Love your Neighbourhood, which gives local stores and funeral homes the chance to contribute to the creation of safer, greener, healthier and more inclusive neighbourhoods.”

Smith added that the results have not made the society complacent about its future. “Looking ahead we have plans to develop more initiatives to benefit colleagues such as a new wellbeing strategy and a significant two-year investment into upgrading colleague facilities in our retail stores,” he said.