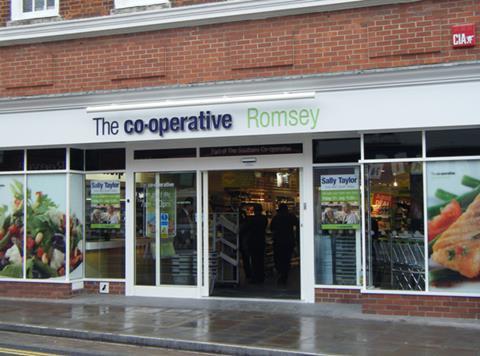 The Southern Co-operative has claimed it had its best performance in years over the Christmas trading period, with fresh foods performing best.

The independently owned regional co-op, which has about 250 community stores and funeral branches in southern England, reported like-for-like sales across its convenience stores up 4.7% and total sales up 5.4% in the three weeks to 3 January.

During the Christmas week itself total like-for-like sales climbed 7.7% and the group served an 80,000 more customers than the same time last year.

The Southern Co-op’s continued development of its “Local Flavours” range of locally-sourced products saw the category grow sales by 10%.

Other strong performers included in-store bakery products, which grew like for likes by 9% and beers, wines and spirits enjoyed more than a 10% uplift.

“Our latest figures build on an improving trend in our sales during the autumn and provide an ideal platform for us to enter 2016 from.”

Smith said he expected the sector to remain just as competitive throughout 2016, but he expected to continue to deliver “core sales growth alongside… ambitious plans for additional new stores in the year ahead” with the benefit of the enhanced Co-operative Food ranges and investment in sharper pricing.