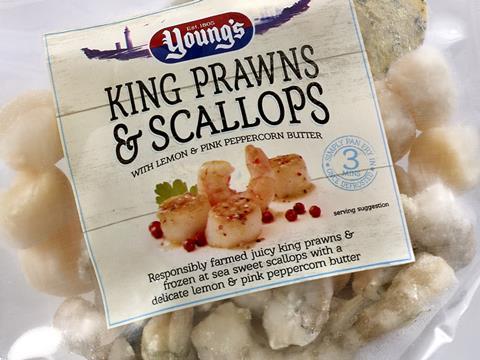 Young’s Seafood slumped to a £39.3m headline loss in the year to 30 September 2017 after a huge writedown owing to the loss of a Sainsbury’s contract.

The seafood supplier recorded a 5.4% upturn in sales over the year, but its bottom line suffered due to a £39.6m writedown of its own label chilled food business after losing its salmon supply contract with Sainsbury’s in 2015.

Since the accounting period, the supplier has lost a further contract with Asda as well as gaining a new chilled fish deal with M&S.

Increased costs as a result of currency and commodity inflation reduced EBITDA from £21.2m to £19.8m.

A source close to the company said: “During the year Young’s undertook a review of the value of the business. It reassessed the value to reflect changing dynamics in the increasingly competitive chilled market.”

The figures come as the bidding process for the supplier continue, with a “handful of bidders” involved in the second round of the process.

Stamford Partners and Houlihan Lokey are leading the sales process, with Princes owner Mitsubishi Corporation thought to be interested.

“Our brand remains the clear number one in both chilled and frozen market products, across multiple channels and temperature formats,” said CEO Bill Showalter.