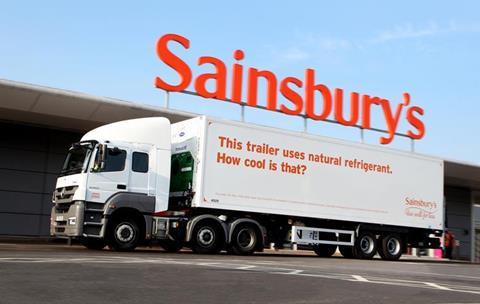 The 12 outsourced drivers will receive a 2.1% pay increase

Outsourced Sainsbury’s drivers have suspended planned strike action due receiving a 2.1% pay rise from the supermarket.

While the increase does not put the 12 drivers’ pay on par with those Sainsbury’s employs directly, Unite, which represents the drivers, has shelved the plans in light the revised offer.

The strike action would have affected about 100 Sainsbury’s stores in London and the south east, according to Unite.

The union said the time would instead be used for further talks on the issue with the supermarket. It previously claimed Sainsbury’s and outsourcing firm Harper & Guy had “point blank refused” to discuss the pay claim with its members.

“We are making progress with the employer and our 12 members have accepted a 2.1% uplift in their pay for 2020, which is the same as the directly employed Sainsbury’s drivers received,” said Paul Travers, regional officer at Unite. “As a result, we have suspended the six days of strike action due to have started on Monday as a gesture of goodwill so that negotiations on the issue of pay disparity can continue.

“I can confirm that our members working on the Harper & Guy Consulting contract are working normally and the threat of disruption to about 100 Sainsbury’s stores in London and the south east in the run-up to Christmas has been lifted.”

A Sainsbury’s spokeswoman told The Grocer it was “encouraging both sides to keep talking”.

A spokeswoman for Harper & Guy added: “We are pleased that talks are progressing and that the planned industrial action has been suspended over the festive season. We remain committed to continuing our conversation in the New Year.”