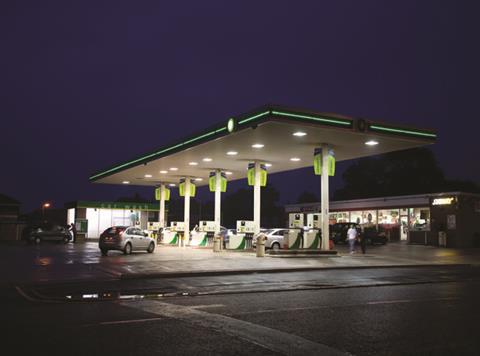 Sainsbury’s and Euro Garages have terminated their nine-store franchise trial.

Following a commercial review, the two companies had mutually agreed to end the partnership, which began in 2016, said a Sainsbury’s spokeswoman.

Neither party provided any further explanation for the move, but industry experts believe it came down to the trial stores not making enough money for both parties.

“It is reminiscent of the situation with Morrisons and Motor Fuel Group. Neither party could make any money. Both parties were keen to terminate it. The suspicion is something similar has happened here,” said one senior industry source. “Initial trials may have been encouraging but without doing it at scale it isn’t going to work. It needs to be mutually beneficial. What they can find is that sales can go up but not necessarily profit with it. It depends on the mix.

“Also there’s a lot of cost hidden in making sure the logistics are showing up on time. Morrisons struggled with that. My understanding is Sainsbury’s had logistics problems too. They weren’t geared up for it. Soon after, everyone is talking about the margin.”

Despite this setback and its decision to pull out of a possible deal to buy Nisa last year, which included plans for franchise stores, franchising still looks to be an option Sainsbury’s is considering.

“We have no current plans in place but will not rule it out in the future,” said the Sainsbury’s spokeswoman.

Meanwhile, Euro Garages has this week snapped up the 800-strong convenience store network of retail giant Kroger for $2.2bn to gain access to the world’s largest fuel convenience market for the first time.

Kroger’s convenience store business runs 762 stores in 18 states, including 66 franchise operations, and generated revenues of $4bn, including selling 1.2 billion gallons of fuel, in 2016.

As part of the transaction, Euro Garages will establish a North American HQ in Cincinnati, Ohio, and continue to operate the stores under their established banner names.

The group, founded in 2001 by brothers Zuber and Mohsin Issa, currently owns and manages about 2,600 sites across the UK, France, the Netherlands, Belgium, Luxembourg and Italy.

“This is an exciting time for EG Group; the entry into the US market presents a fantastic opportunity to deliver a successful retail offer to consumers across the various states,” said co-CEO Mohsin Issa.

“We have had success across Europe and we firmly believe the Kroger assets present a fantastic foundation to overlay our retail experience and know-how in the US.

“We are committed to investing in the Kroger network, partnering with leading retail brands and working with the exceptional management team and associates transferring across to deliver a comprehensive retail offer.”