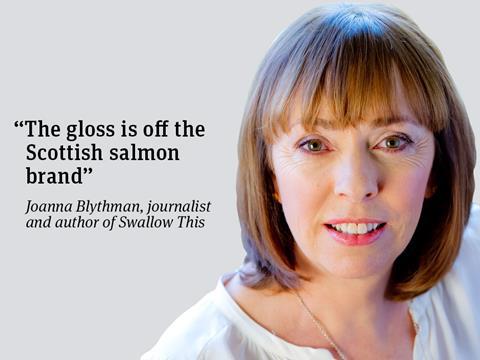 Scotland’s salmon farming industry is being eaten away by sea lice, the parasite that stalks large concentrations of farmed fish. Latest figures from Marine Harvest, the Norwegian multinational that owns most of the Scottish ‘farms’, show that despite its self-styled reputation as a clean, green country, Scotland has by far the worst sea lice problem of any producer nation. In 2014, 28% of sites were affected; by 2015 that figure had jumped to 49%. Equivalent levels on Norwegian and Irish farms were 5% and 18% respectively.

No technical fix can control Scotland’s now endemic lice, not even dosing every tonne of fish with 42 litres of hydrogen peroxide. The Thermolicer, a machine that immerses fish briefly in warm water, was presented as a solution until last year, when it cooked to death 95,000 fish in one incident. And no wonder lice are having a field day. These caged fish are already weakened by endemic amoebic gill disease, which generous doses of antibiotics barely contain.

Any image of Scottish aquaculture as a job-creating cottage industry has been washed away. Its business story is poor also. Politicians once cited the 6,000 jobs it sustained directly, but the true figure now stands at 2,200. Reduced output, combined with a hefty bill for drugs and chemicals, is making the industry less profitable, yet pushing up prices.

The gloss is off the Scottish salmon brand. Fewer and fewer aspiring restaurants put farmed salmon on their menu. Its image is dull at best, highly contentious at worst, and because it’s so flabby and oily, even the best chefs toil to make something of it.

Yet Fergus Ewing, the Scottish secretary for the rural economy, backs the Norwegian salmon industry’s plan to double its business in Scotland by 2030. And the Scottish Environmental Protection Agency is considering proposals to site the world’s biggest salmon farm in Orkney or Shetland, even though by its own calculation, the faecal waste from the two million-fish mega-farm would be equivalent to the sewage from a city the size of Glasgow.

It’s time for politicians to learn from experience. Scotland is already mired into dirty salmon farming. Don’t make matters worse by going in any deeper.