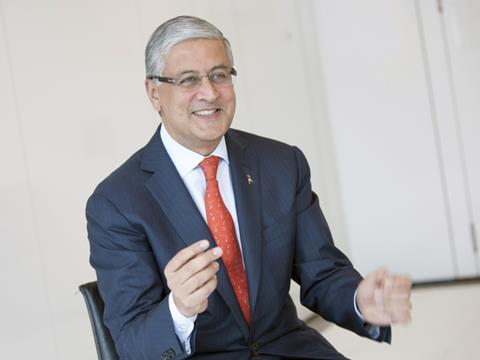 Diageo (DGE) may be fighting a global drop in sales volumes, but CEO Ivan Menezes seems to have placed a bet on the spirit group’s share price rising after investing over $1m in Diageo shares.

Two weeks ago the spirits giant announced first half results that failed to hit market sales expectations of £6bn (falling just shy with a 0.1% decline to £5.9bn). The firm suffered a dramatic slowdown in Asia Pacific as volumes collapsed in China partly due to a government crackdown against spending by officials.

However, Menezes insisted were “solid”, noting the improving sales trends in the second quarter.

Jefferies wrote: “We see nothing to dent our confidence in an underlying recovery, led by the USA, supported by fast-improving cash generation. History shows that when profit rebounds arrive at Diageo, they tend to arrive quickly and vigorously. With the next one overdue, we stay on board.”

See a full list of director deals across the grocery sector at www.thegrocer.co.uk/finance