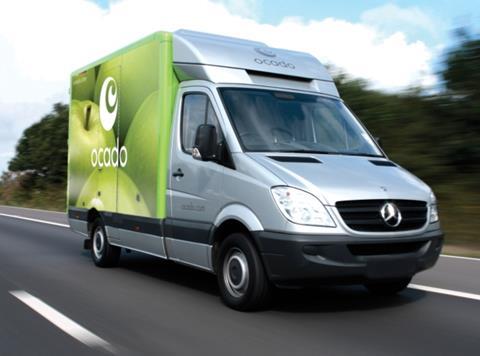 Ocado’s legion of doubters and short-sellers were eating humble pie on Thursday after news broke it has achieved the holy grail of cracking the world’s largest grocery market.

Its agreement with US grocery giant Kroger, which boasts annual sales of $122bn, sent shares into the stratosphere - jumping by more than 70% in a few hours’ trading on Thursday morning.

The deal will see Ocado exclusively supply its technology to underpin the US group’s delivery business and will lead to the building of multiple Customer Fulfilment Centres across the US. The partnership is the fourth significant international deal Ocado has signed in less than a year following agreements with France’s Casino, Canada’s Sobeys and Sweden’s ICA. However, the scale of the Kroger deal dwarfs those, with the pair set to identify 20 CFC sites over just the first three years of the agreement.

Ocado said the terms of the new deal would be broadly similar per CFC to its existing international deals, but that it was also negotiating with Kroger over “value-neutral alternatives to our normal fee structure” to mitigate the initial cash outlay to roll out the partnership. Crucially Kroger has also stumped up some £183m to purchase 5% of Ocado’s shares as part of the deal.

Broker Numis called the deal “clearly transformative and on a completely different scale to those announced in the past”, which puts in place a “significant long-term earnings runway”. The news caused UBS to abandon its negative stance on the stock, admitting cracking the US market “invalidates our previous assumptions”. UBS estimates each addition CFC to be worth £73m in net present value, meaning the partnership could be worth up to £1.5bn net.

Barclays said the deal was “just about as positive a deal as could have been expected to have been announced”. It noted the scale eased pressure on pace of CFC rollouts and that the investment in Ocado shares, along with its early fundraising, means it now has £300m of capital available to spend on scaling its operations. “Ocado will remain a challenging valuation exercise but this agreement is an unmitigated positive in our eyes.”

Before its raft of agreements began emerging in late 2017, Ocado had tested the patience of loyal investors by hinting at international negotiations without delivering a concrete deal. Ocado’s valuation has long been predicated on growing the business beyond its UK roots and many took the view that its share price was overvalued based on its skinny profits.

Publicly available data shows 21% of Ocado shares were held by short-sellers as recently as June 2017. However, its share price has soared since announcing its first concrete global supply deal with Casino, leaving these short-sellers facing huge losses.

Ocado’s share price jumped from 238.7p in November 2017 before the Casino deal to 552p before Thursday’s announcement. The shares had surged by an extraordinary 70.8% by lunchtime to 940p, valuing Ocado at £6.2bn - bigger than both M&S and Morrisons.

Some 7.2% of Ocado stock is still held by short-sellers as of Thursday morning, who were left nursing collective one-day losses of around £190m on top of the losses since November last year.