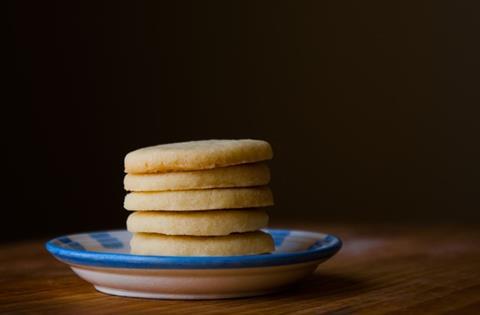 Makers of butter-rich treats such as biscuits and fudge are facing a massive rise in costs as a result of the ongoing surge in butter prices, experts have warned.

Wholesale butter prices were up 73% year on year last month [AHDB Dairy], with a variety of suppliers forced to “absorb staggering increases to their operating costs without passing on price increases” said David Thomson, CEO of FDF Scotland. “This means some businesses are losing money to stay on the shelves.”

Manufacturers of buttery snacks located south of the border have also raised concerns over financial pressures resulting from the butter shortage - the result of low milk fat supplies across the EU and high consumer demand.

Prices “started rising with Brexit”, said Sian Holt, MD of Fudge Kitchen in Kent, with the business experiencing a 38% uplift in the cost of the ingredient in the first eight months after the referendum vote, rising to 115% by this summer.

Fudge Kitchen had been forced to regularly switch suppliers to “keep our head above water”, said Holt, but could no longer absorb the extra costs and had “made provisions” to increase its prices next year.

“Every small producer who uses butter will have got to the point where they can no longer absorb all the costs,” she warned.

Although so far unaffected by the price surge, having only recently entered the biscuit market, Bristol’s Elizabeth Shaw brand was also “very aware of fluctuations in commodity pricing” said MD Karen Crawford. “This can have a significant squeeze on manufacturer margins.”

Manufacturers were “very used to absorbing rising costs and reducing profit margins in the short term,” she added. “We all have to take a longer-term view.”