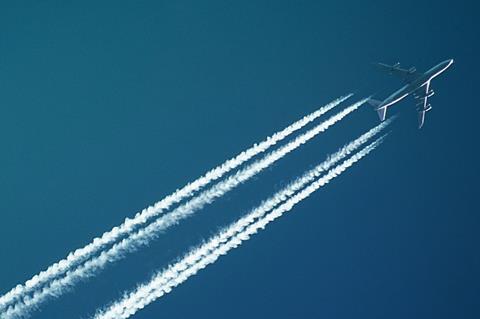 The spectre of food price increases is hanging over the fresh produce category, despite the easing of lockdowns in both the UK and in mainland Europe, importers have warned.

Low flight capacity among the major carriers has forced fruit & veg importers to rely on more expensive modes of getting produce into the UK. That issue had been further compounded by the lack of clarity from government over post-Brexit trade arrangements, said fresh-cut fruit supplier Blue Skies.

The business, which relies on air services to fly its produce from sites across the globe, warned the sector expected increased costs to continue as scheduled flights had not come back online as quickly as it had hoped.

“It is a little more expensive to operate,” said Blue Skies CEO Hugh Pile. “We have been using freighters and ghost flights, which are more expensive than using an airline carrying passengers.”

Although costs had started falling from a peak of 50% higher than normal in May, it was still about 25% more expensive to ship produce, Pile added, due to the need to often bring produce by road to the UK from the European airports that had welcomed the ghost flights.

He stressed Blue Skies remained in a “strong” position, despite these logistical challenges. However, he warned the added complexity of shipping produce to the UK could ultimately lead to more difficulties once the UK’s Brexit transition ended in December.

“The level of nervousness increases as you get closer to that date and that combines with the fact information [from government] is just too vague,” Pile said. “We could go in a myriad of directions at the moment.

“One point of clarity that’s needed is on the freedom of movement of produce. We need confidence in a seamless customs process for fresh produce. We all know the strict nature of grocer depot times. If there was a 6pm deadline but the stuff gets there at 10pm, that’s a write-off of those goods – hours are critical.”

Blue Skies has also called for clarity from the government on the status of migrant labourers, with 98% of its UK workforce coming from eastern Europe. More detail was also required on tariffs, as it was currently in the process of negotiating tenders with retailers.

His concerns were echoed by perishable logistics company PML, which warned cost increases for imported produce were inevitable due to the need to add on the cost of customs clearance.

“If you look at Dover, it’s not ready for inspections at the moment,” said PML sales director Nick Finbow.

“It’s all assumption at the moment. Are inspections going to be allowed to take place inland? There’s talk of this truck stop in Ashford. What’s going to be at that stop? Are they going to have customs and plant health people there? It’s a catch-22 situation which is very frustrating for the industry.”

One positive on the horizon, however, was that some airfreight could ultimately become lower in the long-term as carriers mothballed or retired older aircraft.

“More fuel-efficient aircraft are being put in place – British Airways have started to use Airbus A350s for long-haul flights and the Boeing 787s. So rates can come down to more manageable levels,” said Finbow.

PML has even moved to set up its own air charter service to fill the current gap in the market for fresh produce carriers, though the service was in its early stages, Finbow stressed.

The news comes after the publication of a report from the Efra committee, which warned a “disorderly end to the transition period” could pose an even bigger danger to UK food security than coronavirus.