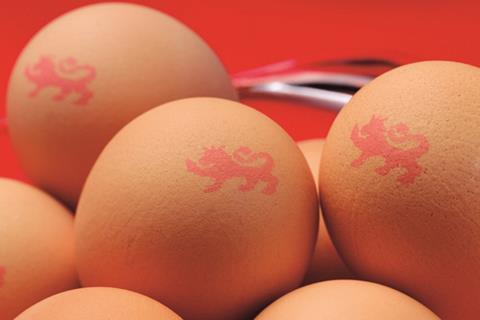 “The worry in the longer term is that if coronavirus does create a recession, consumers will be less selective if they’re feeling a pinch in their pockets. There’s got to be a concern that that’s going to happen again in the next six months,” said BFREPA CEO Robert Gooch.

“During the last recession, free-range and organic egg consumption went down slightly following consistent rises [over decades]. It was mainly the smaller businesses who went out of business. Many were the pioneers of free-range egg farming and they didn’t have the time to adapt.”

Gooch’s comments come after panic-buying in recent weeks saw retailers’ shelves cleared of all eggs – regardless of which production system from which they originated.

According to Noble Foods, which owns brands such as The Happy Egg Co, consumers have been motivated by price more than welfare concerns.

“Shoppers are more price-conscious than they are conscious of the production standards of the chicken laying the egg,” said Noble’s MD Veli Moluluo.

“Being brutally honest, in the customer decision hierarchy, production method doesn’t seem to matter too much as all eggs on shelf are selling at a rapid rate. If you go into a supermarket and there are any eggs on shelf, what you’re probably seeing is the more premium eggs being sold last.”

However, animal rights groups struck a more optimistic tone on consumer behaviour in the light of coronavirus.

Open Cages CEO Connor Jackson said he believed the “integrity of the British public will endure”, while Compassion in World Farming said the lockdown may get consumers to empathise more with caged animals.

“A period of confinement will only lead us to reflect more on the fact that confining animals isn’t good,” said Compassion’s director of food business, Tracey Jones. “We will have experienced it ourselves – not being able to get out, no sun on our faces, no fresh air, we’ll have household members in very close proximity to us.

“The move against caged systems is really strong. We’re not worried it will be back-tracked on by the consumer, retailer or producer [during or after coronavirus] – they’re all invested in it.”

Jones added she did not share Gooch’s fears that a recession could see a regression in standards as free-range had further “cemented” its position in the market since 2008.

It follows last week’s news reported on in The Grocer that egg prices could be set to increase in the coming weeks as the supply chain has been thrown into chaos by coronavirus.

Spikes in the price of soya and feed wheat on the global market, coupled with logistics difficulties, may result in increased costs, which may be passed on to consumers.