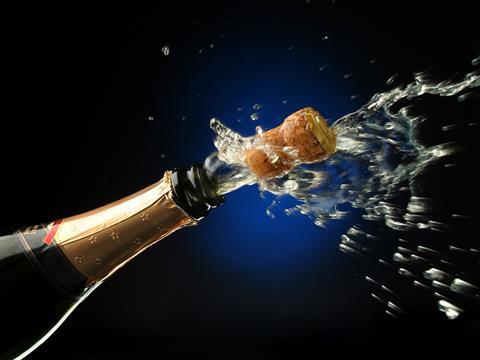 Britain knocked back more than 40 million litres of supermarket Prosecco last year, eight times as much as in 2012, raising concerns that soaring demand for Italian fizz will soon outstrip supply.

But the bubble may be about to burst for the Italian fizz as retailers look elsewhere for cheap sparkling wine. After losing out to Prosecco in recent years, sales of Spanish Cava are on the rise again, up 11% [Kantar Worldpanel 52 w/e 4 January].

“Like Champagne, Prosecco is geographically limited and can only be produced in a small region of Italy,” said IRI’s head of beer, wines & spirits Toby Magill. “Supply is finite. Demand is growing everywhere in the world so there’s a limit on what retailers can get their hands on.”

Soaring demand was also forcing the price of Prosecco up, said Richard Thorburn, commercial manager at wine merchant Lanchester Wines. “This is leading to retailers and importers looking at alternatives to feed UK demand, with Spain, France and Germany suddenly looking attractive,” he said.

“A number of supermarkets have increased their variety of branded Cava,” says Simon Bradbury, MD for Cava brand Codorníu.

“We’ve been able to engage with a wide range of sparkling wine consumers.”

Champagne is struggling to keep up, with sales up 1.2% on volumes up 0.7% [IRI]. The growth of cheaper alternatives should serve as a warning to Champagne brands, said Mark Harvey, MD of wine at Kent producer Chapel Down. “Shoppers are questioning Champagne’s price positioning,” he said.