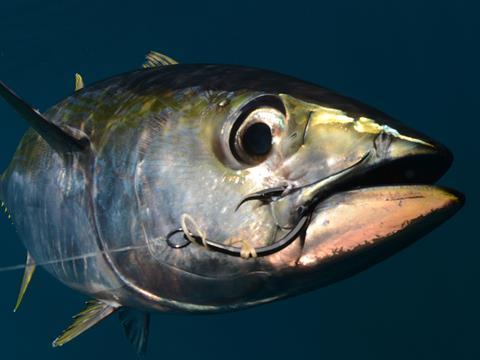 Tesco is set to drop Indian Ocean tuna from its own-brand lines because of regional failures to manage the overfished stock.

The supermarket said it will stop sourcing tuna and billfish from the region unless an effective recovery plan to end overfishing is in place by the end of the year.

The Indian Ocean yellowfin tuna stocks are managed by the Indian Ocean Tuna Commission (IOTC), an intergovernmental organisation made of countries fishing in the region including the UK and the EU.

Tesco and other retailers called on members to reduce their catch last year in line with recommendations by IOTC scientists. This has not occurred, leading Tesco to brand the IOTC’s fishery management practices “ineffective” as “robust recovery plans have not been set”.

EU states are reportedly some of the worst offenders, with Spain accused of overfishing its quota by 12,000 tonnes in 2018 by an IOTC report last year.

Many hoped an IOTC meeting this November would result in enhanced protection for Indian Ocean tuna, however a draft agenda released Thursday shows that a renegotiation of conservation and management measures (CMMs) is not planned for discussion.

The omission is “not encouraging”, said Tom Pickerell, executive director at the Global Tuna Alliance. “This is a really important topic that should be on the agenda.”

Releasing the agenda, the IOTC said “the elements of existing CMMs that make reference to 2020 will be extended to 2021 and proposals for future CMMs may be provided for information only.”

Pickerell hopes that Tesco’s announcement will urge the IOTC to debate the issue while encouraging more members to act.

“I’m hopeful this announcement will cause some of the delegates to sit up and take note that the market can’t tolerate a lack of action any longer,” he said.

If not, he believes other supermarkets and suppliers could quickly follow Tesco’s lead. “If decisions are not made then I would imagine other companies will be reacting and may have to review their sourcing.”

The IOTC did not respond to requests for comment.