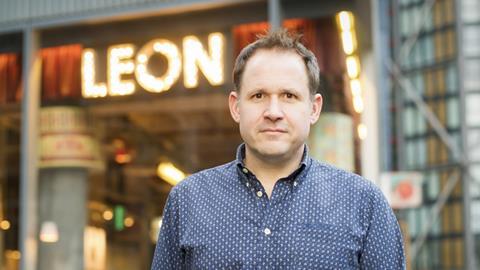 Will ‘trailblazing’ food sector review succeed where others failed?

Henry Dimbleby’s review has a broad remit. But will it survive Brexit, and the passage of time?

News of an expansive government review of the food sector was met with widespread acclaim last week.

Purportedly the first such exercise in 75 years, the review is set to interrogate each aspect of the UK supply chain in an effort to deliver “safe, healthy, affordable food”. Its findings will form the basis of a “trailblazing” National Food Strategy for England in 2020, we’re told, led by the experienced and respected Henry Dimbleby, who as well as co-founding Leon and London Union, pulled together the 2013 School Food Plan.

All thoroughly laudable then. But these are the same aims the food industry has heard before. In fact there has been a litany of similar government reports, reviews and strategies during the past two decades.

So what makes this latest attempt any different? And given ongoing political uncertainty, is now really the time to decide on the future of our food?

For Dimbleby himself, this review marks the first time government has commissioned such an overarching and joined-up approach to the sector. According to the review’s terms of reference, published last week, his task will be to consider not only the ‘entire food chain, from field to fork’, but consumer practises, the role of all government bodies, and those of ‘individuals, the private sector and social enterprises’.

Previous efforts at a glance

“The remit is extraordinarily broad,” he says. “But while the size and scale of the scope is in some ways daunting, the breadth of it is also exciting. For the first time the government has realised this is a cross-departmental issue. Previous reviews have tended to focus on one part of the supply chain. Generally speaking, that was either the agricultural production sector or the retail and processing sector, but nothing that goes all the way through.

“In my mind it’s one of the big problems the western world faces, alongside climate change, antimicrobial resistance and inequality, and it’s pretty exciting that our government is leading the way on really taking this seriously.”

As the NFU’s Minette Batters points out though, that breadth “could lead you down various rabbit holes”, so Dimbleby says he intends to frame more tightly the focus of his efforts in the coming months, not only via speaking with various sector stakeholders, but by convening citizens’ assemblies to gauge broader public priorities. “These are not things I can decide myself, nor is it appropriate the government decides that. It needs to be a national conversation.”

He’s particularly keen to include those “voices that aren’t always heard. Those with food-related diseases, farmers that are only just getting by, people struggling to put food on the table for their families.”

Batters is hopeful one area of focus will “be about greater connection with raw ingredients” as well as recognising the value of the UK livestock sector, at a time when it “feels vilified by various different challenges”, be it EAT-Lancet or various climate change reports.

For Patrick Holden, founding director of the Sustainable Food Trust, the “key issue is to move food production systems in a more sustainable direction, and link our future diets with the productive capacity of UK agriculture”.

“I think Henry Dimbleby is prepared to grapple with these issues in the public interest,” he adds. “He has good experience as we know in the food sector, and has made it his business to visit farms and talk to the right people as part of the review.”

At a recent gathering between stakeholders “there was a genuine feeling that maybe at long last this is an idea whose time has come”, says Andrew Kuyk, director general of the Provision Trade Federation. “The combination of circumstances - the heightened awareness of climate change, the UK government commitment to net zero which is supported across parties, plus concern about obesity… That’s all there and all much more in the public consciousness than it was. If there was a time for something like this to get off the ground, this is a pretty good time.”

Except, of course, for the small matter of a political leadership race and Brexit.

Dimbleby is hopeful the nature of the issues he’ll be grappling with will transcend party lines. “This has been launched not only by the whole of Cabinet but with support from Labour and Lib Dem MPs, from NGOs, from industry, so I do think that if we make it an open, collaborative approach, everyone sees the opportunity.

“I hope whoever is in power continues to see the benefit. The signs are this is something people want to be above politics.”

It’s hard to avoid the fact though that Brexit, and its implications on the future of food pricing, availability and viability, is inextricably tied up with much of what Dimbleby will be addressing.

”Brexit. No Brexit. It doesn’t make any difference.”

Even if you accept that all parties are in support. “What happens on Brexit is clearly of fundamental importance because you’re talking about a food system, not only the UK but wider food systems, and trade is an integral part of that,” says Kuyk. “Unless and until you know the terms of trade, either with near European neighbours or the rest of the world, it’s very hard to have an agricultural strategy.”

Holden disagrees. “Brexit. No Brexit. It doesn’t make any difference. We need to do this because we’re in the last chance saloon for climate change. Agriculture and food systems are on the frontline of this.”

But both candidates for the Tory leadership - and thereby the role of prime minister - have outwardly supported a no-deal exit if necessary. Jeremy Hunt has even committed to a £6bn ‘war chest’ for food and farming in the scenario. Surely, that would scupper any such long-term strategy?

“It chucks the whole lot under the bus,” says Batters. “If that happens, yes, I think this will go on to the shelf and gather more dust. But let’s hope we leave in an orderly manner, in which case it’s absolutely right to be planning on a policy for what that should look like.”

“It has the potential to work,” sums up Kuyk. “And it needs to. It’s an important set of questions. But at the moment until we’re clearer where we’re going with Brexit and until we’re clearer on what will be the political context in the UK, it’s going to be hard to say whether or not this will just end up on the scrapheap like so many previous attempts.”