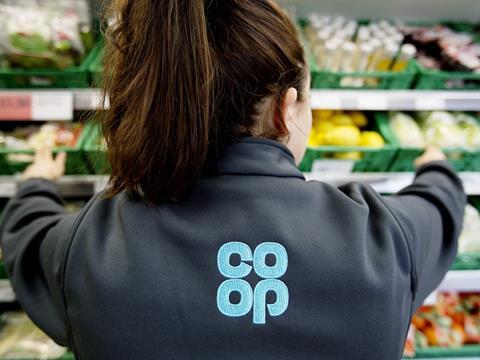 Chelmsford Star Co-operative saw a slight drop in like-for-like sales in its food stores in the first half of the year.

The food division recorded a 0.3% fall despite growth of just over 2% in volume in core categories, according to its interim report.

The food business, including fuel, recorded a “year-on-year” increase in trading profit of £63,129 and the directors said they anticipated the profitability would grow with expansion of the food portfolio.

The society, which operates 39 food stores in Essex and has an annual turnover of £101m, opened two new stores in the first half of the year, in Leigh-on-Sea and Dagenham.

It said further acquisitions were in the pipeline and it was going ahead with planned refurbishment of its Danbury and Melbourne food stores.

However, it is also set to close its Exchange Way store in Chelmsford due to ongoing losses.

It blamed a combination of factors including increased competition in convenience, food price deflation and high rent and rates at its city centre location, which meant the store had never given enough return.

“We have lost a considerable amount of money maintaining a presence within the centre of town, and whilst this has been a very difficult decision to make, and a very sad one, it is important that the society’s directors and management act in the best interests of our members to protect their investment,” said CEO Barry Wood.

“We are doing everything we can to protect the jobs of our colleagues by finding them alternative sites to work at.”

The interim report for the 28 weeks to 13 August pointed out that trading for the whole society continued to be challenging.

Particular difficulties were continuing food deflation and competition and uncertainty from the impact of the Brexit decision.

“During the period under review, many businesses have struggled and have been lost from our high street: My Local, BHS, Austin Reed Group, Low Cost Holiday Group to name a few,” the directors said in the report.

“Against this backdrop, your society has recorded a 0.4% decline in sales excluding fuel or 0.6% on a “like for like” basis. Travel, which has struggled to maintain currency turnover, has been the major contributor to this reduction.”

The report goes on to describe the performance in the first half as “highly encouraging”, given the economic and retail challenges.

“The Society is demonstrating the robust and resilient nature of our business,” the report said.

“Your society continues to adapt to the challenges; whilst it is still early days, the strategies in place are beginning to pay dividends.”