Sleeping with the enemy will become retail's 'new normal' 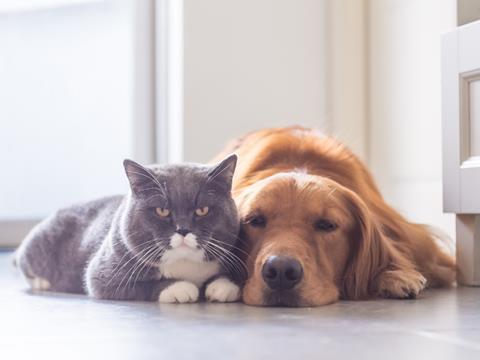 The UK retail market is heating up, and I don’t just mean from the welcome sales boost many retailers experienced due to the pleasant summer weather.

Read more: What will Tesco’s tie-up with Carrefour deliver?

This renewed momentum around partnerships shows that retailers are waking up to the reality that growth is becoming increasingly hard to come by. According to Accenture Strategy research, less than a quarter of large retailers globally are very confident that they will achieve their 2020 growth targets, and 71% are concerned that current growth strategies are at high risk of disruption. It’s forcing retail leaders to make bold moves.

Forming partnerships – where retailers join forces with other companies with complementary synergies – can help create new customer value and drive growth. The Tesco-Carrefour alliance will enable both players to better compete against the threat of the German discount grocers, who have forced mainstream supermarkets to operate at reduced margins due to continued deep discounting.

Similar moves are being made in the US. Department store Kohl’s has announced it is leasing store space to Aldi in a bid to optimise its existing real estate footprint and increase store footfall by offering customers new value.

The reality is that in today’s competitive market, many retailers are finding it increasingly challenging to create sustainable growth by going it alone. Over time, we’re likely to see these partnerships develop into entire ecosystems, where a multitude of players work together in an extended network. Each company brings something unique to the table, such as customer insights, technology or industry expertise. Doing so can help them quickly capitalise on emerging consumer trends, co-create new customer propositions, expand their customer base and enter new markets.

Read more: Aldi’s Giles Hurley on the joys of being a retail disruptor

The beauty of ecosystems is that no single company owns or operates all components of the solution. The value generated by coming together is much larger than the combined value each player contributes individually. Reassuringly for most retailers, the risk is distributed equally.

The thought of retailers joining forces with other players, large and small, in their industry and beyond – even companies that have traditionally been competitors – to tackle tough market competition and spur new growth will send shivers down the spines of some of the more traditional players. However, it’s a reality that will quickly become the ‘new normal’ as many large retailers search for a new growth formula, beyond the more traditional M&A route. For many, not only will it mean a whole new way of operating, but it will also require a total rethink of their competitor set.

According to our research, 82% of large retailers globally are actively looking to build ecosystems today, with a third already searching for partners. Furthermore, 61% of retail leaders believe that more than half of their company revenues will be generated from these ecosystems in the next five years.

Read more: Partnerships are central to the future of retail

More retailers will join forces as they look to protect themselves, create new growth and gain a competitive advantage, particularly in the wake of Brexit and with the added threat of a US retail titan looking to cause further market disruption. ‘Coopetition’ will grow and exciting partnerships will form as a result, changing the future trajectory of retailers that place the right bets. Customers will also benefit enormously from the wealth of new products and services available, and at attractive prices too.