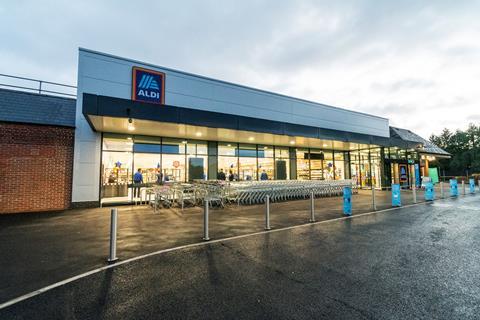 Asda and Aldi will join Sainsbury’s, Morrisons and Tesco in refunding their business rates relief to the Chancellor

Supermarkets have agreed to refund almost £2bn after Tesco’s decision to pay back its business rates relief to Chancellor Rishi Sunak saw others quickly follow suit.

Asda today became the latest supermarket to bow to the pressure that has been heaped on retailers in recent weeks and reached a climax after Tesco yesterday announced its move to refund £585m in rates.

Asda will repay rates of £340m, joining discounter Aldi (£109m) and Sainsbury’s (£498m) who also made the move today, with Morrisons (£279m) becoming the second supermarket to announce a refund yesterday.

Supermarket insiders told The Grocer Tesco’s move had come as a surprise, despite the controversy over the rates payout leading to huge calls in recent weeks from politicians and the public for them to return the money. Many had accused supermarkets of cashing in while around them other stores and businesses faced lockdowns and closures.

“Retailers had been thinking about a mechanism with which to make a repayment for a long time,” admitted one source.

“Everyone is cognisant of the huge social pressure but what came as a bolt from the blue was that Tesco made the payment in full.

“The fact is there is a very strong argument in favour of supermarkets getting this money. Their costs involved are real and have outweighed the benefits of extra sales, but once Tesco made this move it was inevitable that the rest would follow. The only question now is whether some will try to tough it out.”

Another source added: “We had been expecting that perhaps there would be some refund of this money at the end of the financial year but things have changed with Tesco’s announcement.

“But people must realise that the huge expenditure supermarkets have faced since this crisis began is very real. We have had thousands of staff shielding at home on full pay and employed tens of thousands of extra staff.”

The Co-op said it was considering its next move adding it was “still facing huge uncertainty and are incurring ongoing costs” adding the “extra costs for keeping our colleagues and customers safe have far outweighed the government support we’ve received.”

B&M Stores is thought to be considering making an announcement soon whilst M&S, which has seen many of its clothes stores shut by the crisis, is not planning to pay back its rates.

“We recognise that there are other industries and businesses for whom the effects of Covid-19 will be much more long lasting and whose survival is essential to thousands of jobs,” said Asda president and CEO Roger Burnley. ”We will therefore be discussing with the government and devolved authorities the best mechanism to ensure the relief we have received can go towards helping those that need it most.”

Aldi UK CEO Giles Hurley said: “Thanks to our amazing colleagues, we have been able to remain open during lockdowns and despite the increased costs we have incurred during the pandemic, we believe returning the full value of our business rates relief is the right decision to help support the nation.

“Our continued investment for our colleagues and our customers will remain unchanged.”

Sainsbury’s said it had come to the decision “having considered this issue, particularly since the announcement of a second national lockdown in England”.

“We have been proud to play our part in feeding the nation in this extraordinary year and every one of our colleagues has gone above and beyond to support each other, our customers and our communities,” said CEO Simon Roberts. “While we have incurred significant costs in keeping colleagues and customers safe, food and other essential retailers have benefited from being able to open throughout.

“With regional restrictions likely to remain in place for some time, we believe it is now fair and right to forgo the business rates relief that we have been given on all Sainsbury’s stores. We are very mindful that non-essential retailers and many other businesses have been forced to close again in the second lockdown and we hope that this goes some way towards helping them.”

Morrisons, which became the second supermarket to make the move yesterday, said it had been considering it “for some time”, and it had planned to make its decision once the full cost and duration of Covid-19 had become more clear.

However, it brought forward this decision and is committing to pay business rates for the coronavirus period in full. The total amount to be paid will be £274m, of which £230m relates to 2020/21.

Despite yesterday’s bombshell move, Tesco boss Ken Murphy insisted “every penny” of the rates relief had been spent on its response to the pandemic to make stores and staff safe.

Tesco said it expected the cost to Tesco to be around £725m, though Murphy added: “While business rates relief was a critical support at a time of significant uncertainty, some of the potential risks we faced are now behind us.”